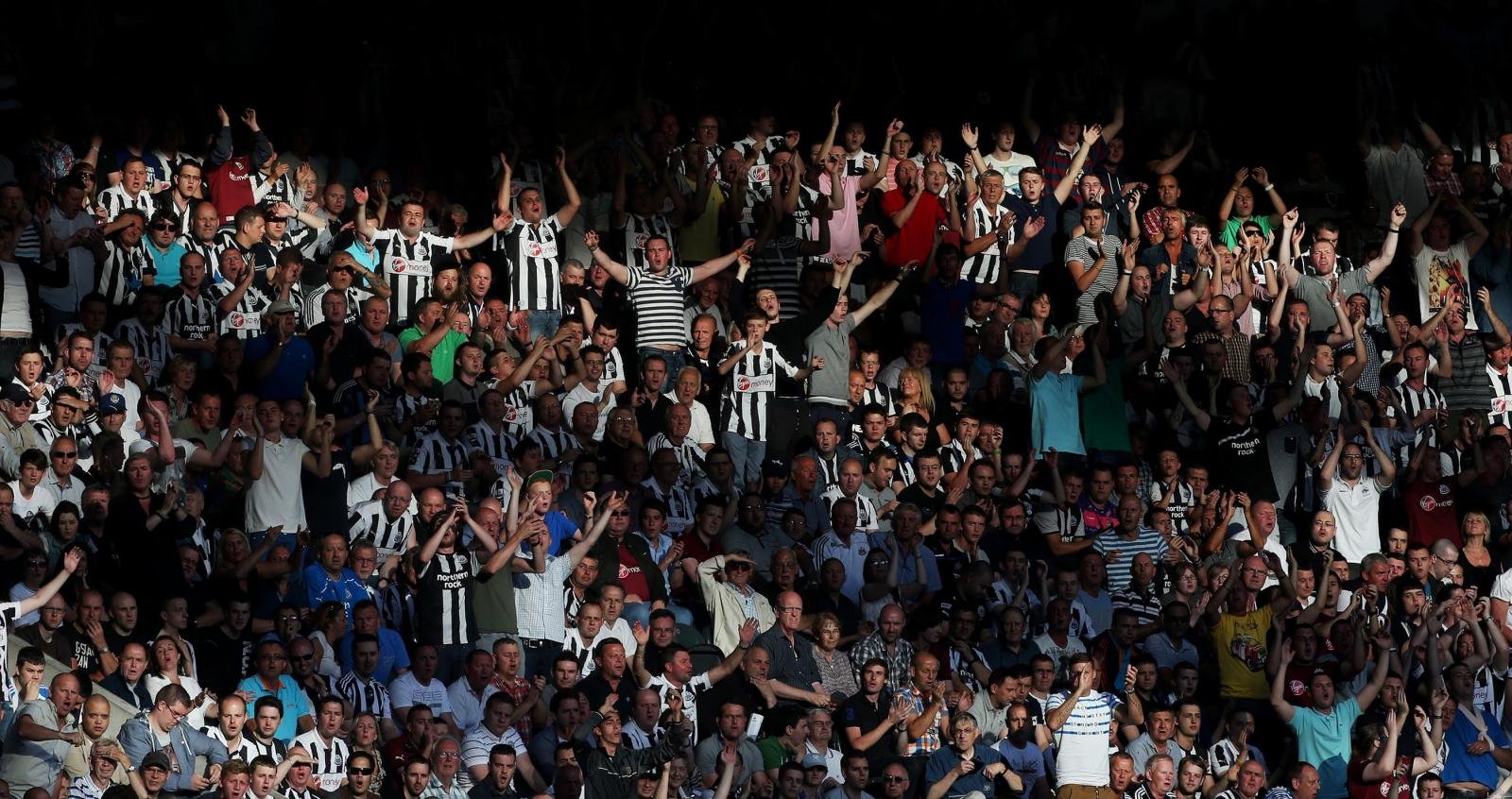 It’s a chant that has been heard far too often at St James’ Park in recent times, but even now there are days when the old stadium on a hill overlooking Newcastle’s city centre creaks under the noise of shouts, screams and chants that swirl around the Premier League’s own bear pit.

Tyneside can be as unforgiving inside the ground as it can be welcoming outside; when the shrill reaches fever pitch, only the coolest heads and most talented footballers excel. It was a fact not lost on trophy veteran Sir Alex Ferguson.

Titles have been won in NE1 – through Eric Cantona in 1996 and Yaya Toure in 2012 – but Newcastle United tend to triumph as their supporters greet the teams with a deafening racket.

And 1,667 days after the Gallowgate End held Joey Barton’s hand and dragged the Magpies back from 4-0 down against Arsenal, the Gunners should perhaps have been victims again.

The narrative may have dictated the atmosphere, but when the woeful Andre Marriner blew his whistle for the final time and United fell to defeat by a solitary goal, the 10 remaining black and white heroes saluted their public, who once more returned the favour.

Unsurprisingly, given the advantage this Tyneside tone brings – despite losing on this occasion – it hasn’t struck a chord with all parties.

Ian Wright has been only too happy to head up a campaign against Newcastle fans, demanding the authorities take action for the “unfair and deeply offensive” abuse sent Marriner’s way. His status as an Arsenal legend of course had no impact on this opinion.

In a sport where clubs are quick to retire shirts and hail “the 12th man”, it’s bizarre that a genuine use of the crowd be criticised. Instead, these overpowering sounds should be a feature week in, week out.

It’s one thing to lift the volume for Manchester United and Sunderland, or when officials irritate the locals, but Watford are the next to come to town. With all due respects to the Hornets, it might be a little tougher to tease vocal support from the stands against a promoted side in a game of relatively little significance.

Exciting, winning football should do that though, and this combination could fulfil the din of the “Fortress St James’” cliche for the first time in a while.