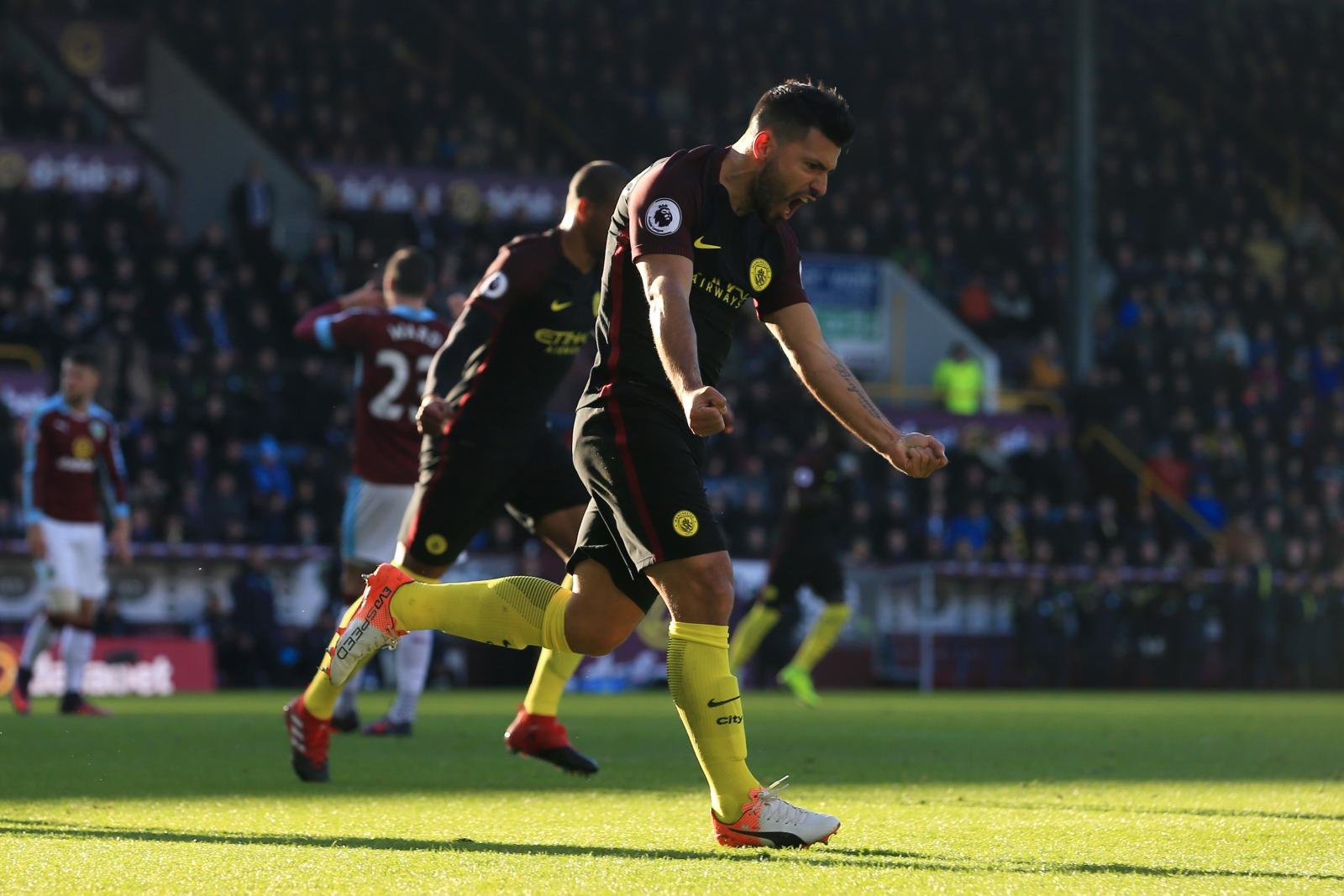 Manchester City saw their slim Premier League title hopes all but end with a 4-0 defeat at Everton last weekend.

Pep Guardiola’s side went into their clash at Goodison Park ten points adrift of leaders Chelsea following their 3-0 win over Leicester on Saturday, and the Citizens remain that far behind after goals from Romelu Lukaku, Kevin Mirallas, Tom Davies, and Ademola Lookman sealed an easy Everton win.

It means that Guardiola’s men slip to fifth after Arsenal won at Swansea, and it now looks like the Manchester club are in a battle for a top four position as opposed to the title.

City are two points behind Arsene Wenger’s Gunners but also just two points ahead of neighbours Manchester United in sixth, and it doesn’t get any easier for Guardiola’s side, as they face in-form Tottenham at the Etihad Stadium on Saturday.

Nonetheless, City have made it through to the last 16 of the Champions League and indeed the fourth round of the FA Cup, so they could still salvage some silverware from Guardiola’s debut season in charge of the Citizens.

However, many feel that Guardiola needs to invest in his squad during the winter window to keep them competitive on all fronts in 2017, and they have been linked to a few high-profile names over the last few months.

Thus, here is what City’s fearsome FRONT THREE could look like come February 1…