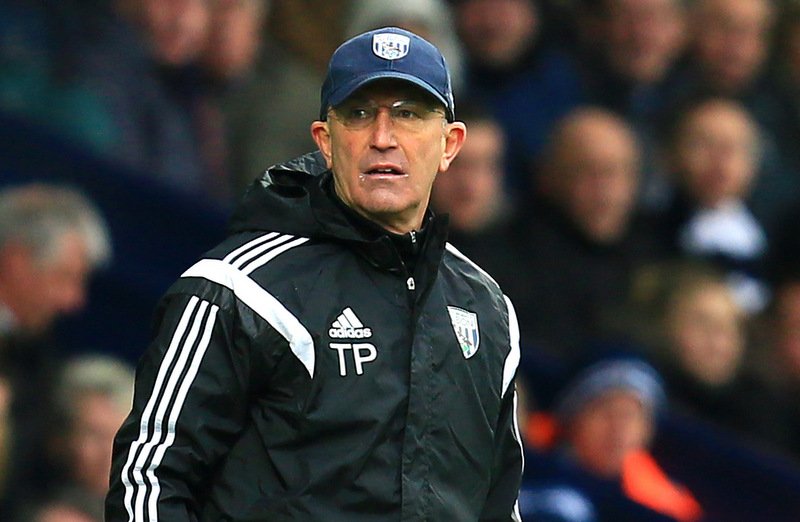 It seems that the toxic atmosphere that had surrounded the club early on into the new Premier League campaign is finally starting to clear somewhat and that there is even a little positivity now spreading among the Albion fans.

It’s safe to say that us Baggies fans weren’t the happiest lot earlier on in September.

A bog standard transfer window accompanied by disappointing results against Middlesbrough and AFC Bournemouth meant the pressure was well and truly on Tony Pulis and the players, with the vast majority of fans calling for the Welshman’s head pronto!

But after a fantastic victory against West Ham United and hard fought points away at Stoke City and Sunderland, the mood among the fans has definitely taken a positive turn with more than a few now re-evaluating their opinions of Pulis.

The game away against the Potters was a bit more ‘classic’ Pulis in that we were solid defensively, but ultimately created very little and ended up salvaging a point by scoring late on from a set piece.

However, in the games against West Ham United and Sunderland, there were signs that Pulis is capable of taking a more aesthetically pleasing approach, with the players pulling off some really slick counter attacking football at times, scoring five goals in the process, which most definitely should have been more from the amount we created against the Black Cats last Saturday.

In my last article for SHOOT, I focused on new signing Nacer Chadli and how he’s likely to improve our fortunes at the business end of the pitch.

He’s undoubtedly been a major influence in recent weeks, contributing three goals and two assists in those three matches mentioned, but I also feel Pulis has made some key decisions regarding his starting line-up that have also contributed considerably to the improvement in our attacking fortunes.

Yes he’s had players available to him that specialise in those positions, but for whatever reason, he hasn’t wanted to pick them. But in the last few weeks, for probably the first time in Pulis’ time in charge, he has put out a team with each player playing in arguably their preferred position.

Where this has made the biggest impact is in attack. As already stated, Pulis would regularly adopt a midfield four from central midfielders only and have Berahino, an out and out striker, playing behind Salomon Rondon in ‘the hole’ or out wide.

The team now however has a much more balanced look to it and there have been some promising signs in recent weeks that it could lead to the club having a productive campaign.

Darren Fletcher and Claudio Yacob are the two, as they always have been, who sit in front of the defence, protecting the back four, breaking up the play and looking to get the ball to the more creative players within the team. The four that sit in front of them are where the changes have been made.

In Chadli, Rondon now has the perfect foil, someone with that ability to unlock the defence with a clever through ball and more importantly someone who will help out with the goal scoring burden. Either side of Chadli now sits James McClean and Matt Phillips, two out and out wingers who have bags of pace and a terrific work ethic, who like nothing more to take players on down the flanks whipping dangerous balls into the box.

I think the more this front four play alongside one another, the more effective they will become. All four like to get forward and offer a goalscoring threat, but do not shirk from their defensive duties either.

I think Pulis finally has an XI that he can fully put his faith in and I think that shows already from the recent performances, performances that the fans have most definitely enjoyed also.

The clubs next four fixtures are against Tottenham, Liverpool, Manchester City and Leicester City. A few weeks back, I was looking at this run in and a feeling of dread took over me.

Now however, I’m feeling a lot more confident that, not only can we keep these teams at bay, something we have always been good at under Pulis, but we can also cause them some problems at the business end of the pitch also and come away with some points on the board, something I would not of thought likely after that defeat away at Bournemouth.