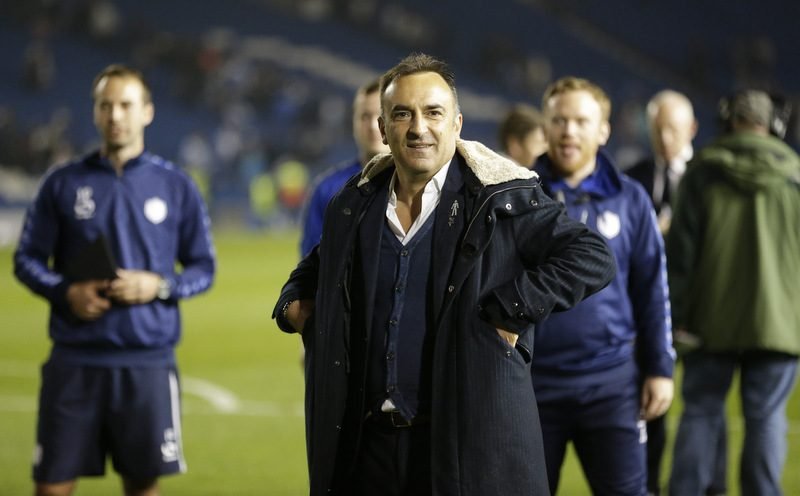 Chairman Dejphon Chansiri stamped his authority in the English game by making his first key decision, appointing Carlos Carvalhal as Sheffield Wednesday manager after the sacking of Stuart Gray back in June 2015.

Although the Wednesday faithful were reluctant to see Gray depart, Carvalhal’s arrival brought a new and fresh approach to Hillsborough.

In his playing days, Portuguese national Carvalhal was a central defender and made over 250 league appearances in the Portuguese Primeira Liga over a sixteen-year period between 1983 and 1999.

Carvalhal also claimed nine international caps for the Portuguese Under-21 side between 1985 and 1987.

The Owls boss, now 51 years of age, began his management regime in the 1998-99 season with Portuguese outfit Espinho.

In fact, Sheffield Wednesday is Carvalhal’s sixteenth club in total as boss, having previously taken charge of Braga, Sporting Lisbon and Turkish giants Besiktas, to name a few.

With two years fast approaching since Carlos’ arrival at Hillsborough, Shoot!’s Louis Shackshaft takes a look back at Carvalhal’s top five victories since taking charge as The Owls boss…