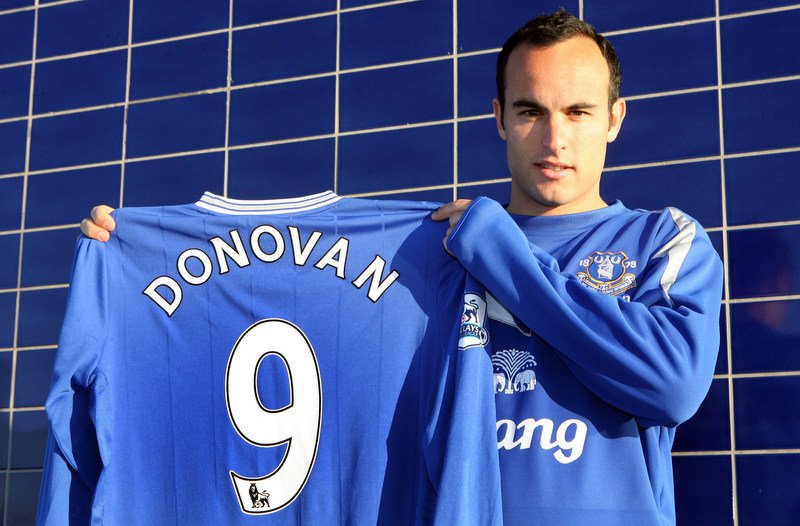 American centre forward Landon Donovan may not have stayed at Everton long, but he certainly did make an impact.

The forward arrived on loan for the first time in January 2010 and returned to Goodison Park two years later in 2012.

During his first spell, Donovan played 13 times and managed two goals and three assists. The statistics may not be mind-blowing, but the American certainly made a big impact on the side with his experience. So much so that he won Player of the Month in January 2010 after his first four weeks at the club.

The Toffees tried to bring Donovan back once his loan spell ended but, sadly, failed.

That is, until 2012, when he returned on loan during the January transfer market.

Again, the centre forward took no time settling in, picking up six assists in nine games, including impressive wins over Manchester City and Chelsea in the Premier League, as well as Fulham in the FA Cup.