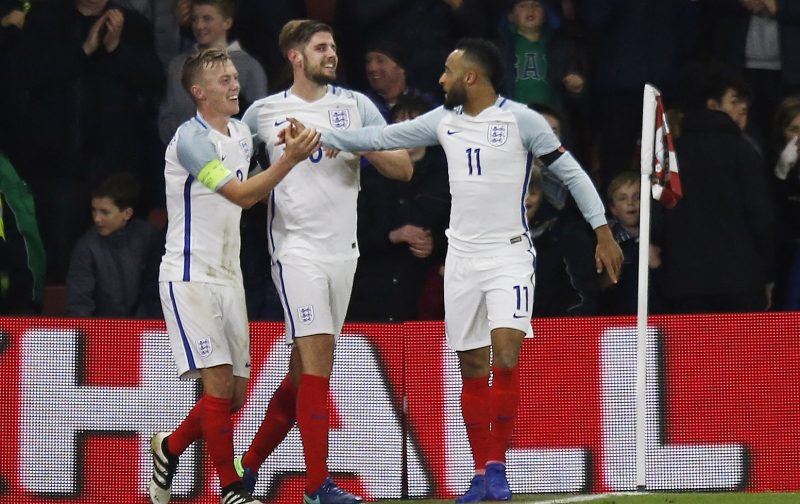 England Under-21s take on Germany Under-21s on Friday night in an international friendly.

Aidy Boothroyd’s side will look to start 2017 with victory after a disappointing end to 2016, which saw them lose 3-2 to France back in November.

Celtic’s Moussa Dembele scored twice and Wylan Cyprien added a third as the French overcame Boothroyd’s men in Bondoufle, which in turn ended the Three Lions’ 15-match unbeaten streak despite goals from Duncan Watmore and Lewis Baker giving them hope.

Nonetheless, Boothroyd’s side will hope to get back to winning ways on Friday against Germany, having seen the German senior team beat their England counterparts 1-0 in Dortmund on Wednesday, with Lukas Podolski marking the end of his international career with a stunning 25-yard strike 21 minutes from time to secure the win for Joachim Low’s men.

And England boss Gareth Southgate called up the likes of Nathan Redmond and James Ward-Prowse to his squad, both of whom made their debut against Germany on Wednesday, and their promotion to the senior side is sure to give the current Under-21s much confidence ahead of their futures with the national team.

There are several talented players in the England Under-21 squad, but here are their TOP FIVE hottest prospects…