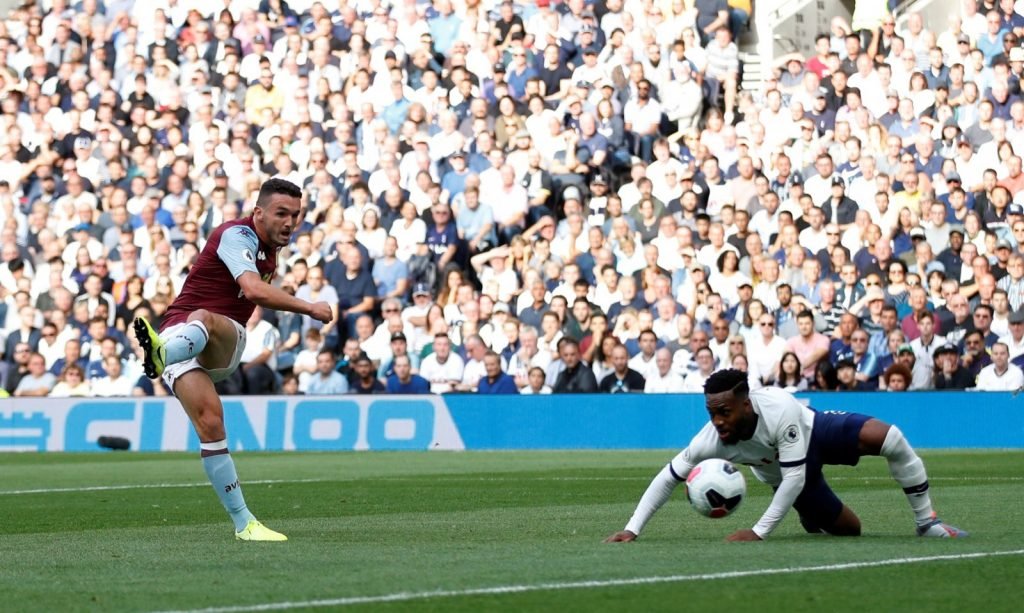 Newly-promoted side Aston Villa were left feeling robbed and crushed after three goals in 17 minutes meant that Dean Smith’s side threw away a 1-0 lead against Tottenham Hotspur on their return to the Premier League after a three-year break. However, the Villans had a lot of positives to take away from the tie against the Champions League 2019 runners-up, including the display of creative midfielder John McGinn.

The Scotsman scored early on for Villa with a brilliant piece of skill before cutting inside of Danny Rose and drilling past Hugo Lloris. The former Hibernian midfielder provided creativity and flair for Villa, often receiving the ball on the half-turn ready to spray the ball out wide to his on-rushing wingers and fullbacks. But despite often being praised for what he provides offensively, McGinn also showed that his defensive work-rate deserved credit, especially when tracking back to compete against Harry Winks and Tanguy Ndombele.