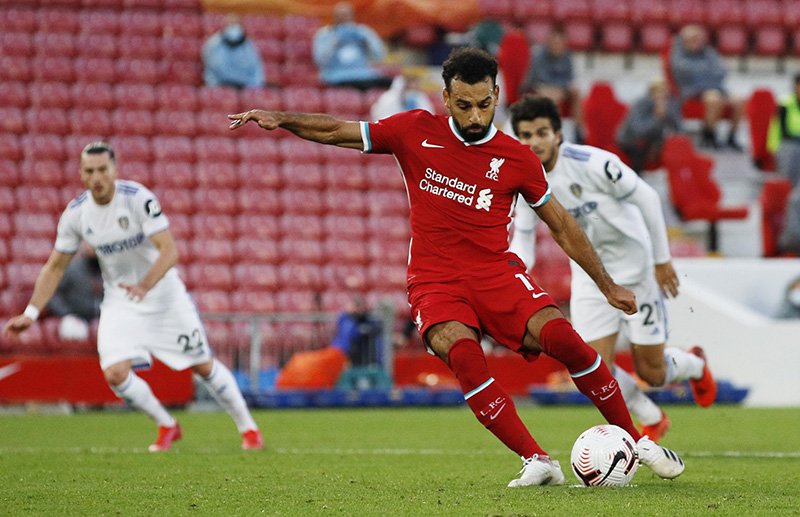 After netting 94 goals in his first three seasons at Liverpool, the Egyptian King was at it once again for the champions as he netted a match-winning hat-trick against Leeds. The first came from the penalty spot after his shot struck Robin Koch on the arm just four minutes in. On 33 minutes, the 28-year-old produced a moment of magic, half volleying home a loose ball straight into the top corner. Then, with the score tied at 3-3, he cooly dispatched a second penalty with two minutes remaining to ensure the Reds kicked off with three points.