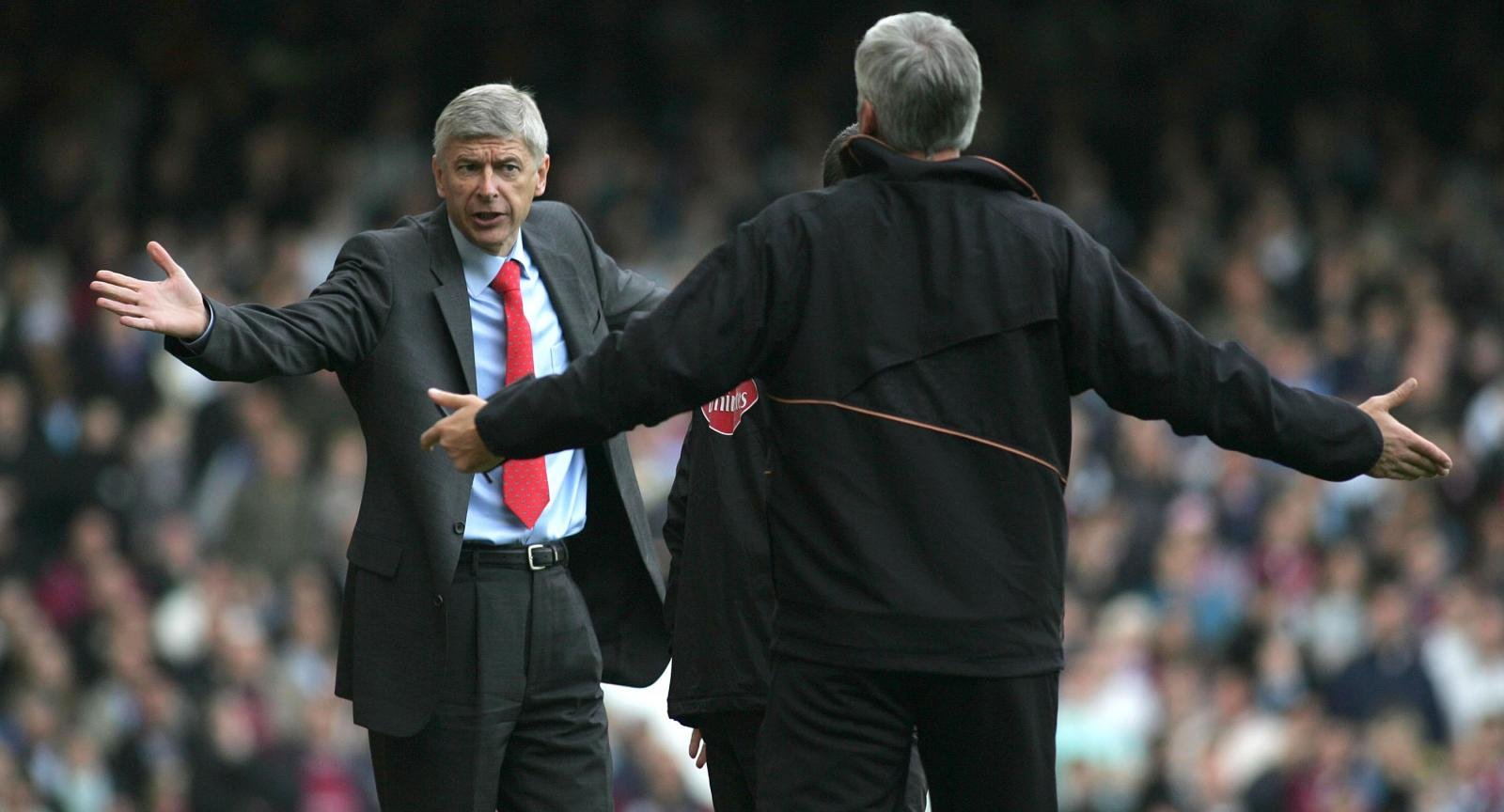 Another week and yet another anti-Wenger comment from Jose Mourinho, adding to what is fast becoming a very long list.

The Chelsea boss has suggested that his Arsenal counterpart is the only boss in the Premier League that can get away with consistent bad performances.

And following the arguments surrounding the last clash between the London clubs you have to wonder when the two next face off whether it will all boil over.

Managers have always been at one another’s throats in press conferences but sometimes that transfers to the touchline, with even players getting involved.

With that in mind, we take a look at the top-five touchline spats in Premier League history?

The North London derby is always a heated affair but this was one of the more intense. Both clubs were fighting for a fourth place finish. Robbie Keane netted whilst two Arsenal players were lay injured on the deck, Wenger lost his head. The Frenchman thundered over toward Martin Jol, the two went toe-to-toe before officials pulled them apart and calmed the storm.