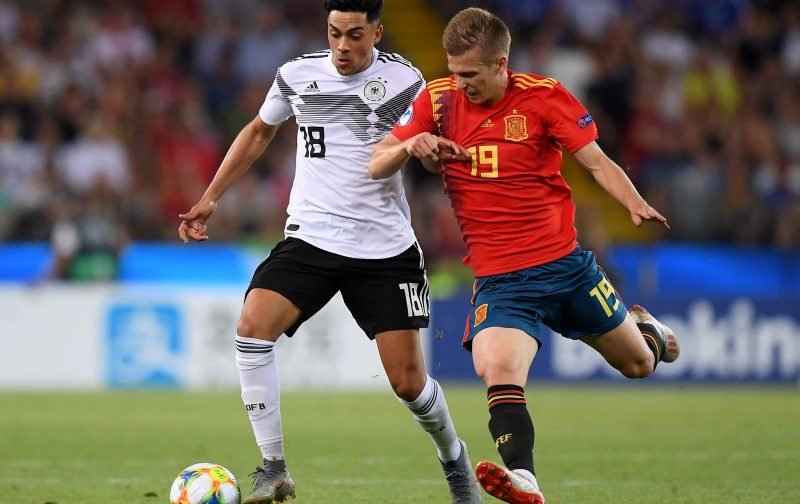 Tottenham Hotspur are closing in on the signing of Dinamo Zagreb midfielder Dani Olmo, according to reports.

Now having just helped Spain win the Under-21 European Championship, Mundo Deportivo report that Spurs are on the verge of bringing the playmaker to the Premier League.

Mauricio Pochettino completed his first signings in 18 months by sealing the signature of Leeds United’s Jack Clarke and a club-record deal for Lyon’s Tanguy Ndombele.

But it seems the Argentine boss wants to add further and it’s claimed the North London side are in advanced talks with Olmo’s agent Juanma Lopez.

Comfortable on the wing or as a number 10, the Zagreb star has two years left on his current contract but it’s expected Tottenham could sign him for a fee of £22.5million.

Olmo scored three goals in four games at the Under-21 Euros in Italy, including one in the 2-1 final victory against Germany.