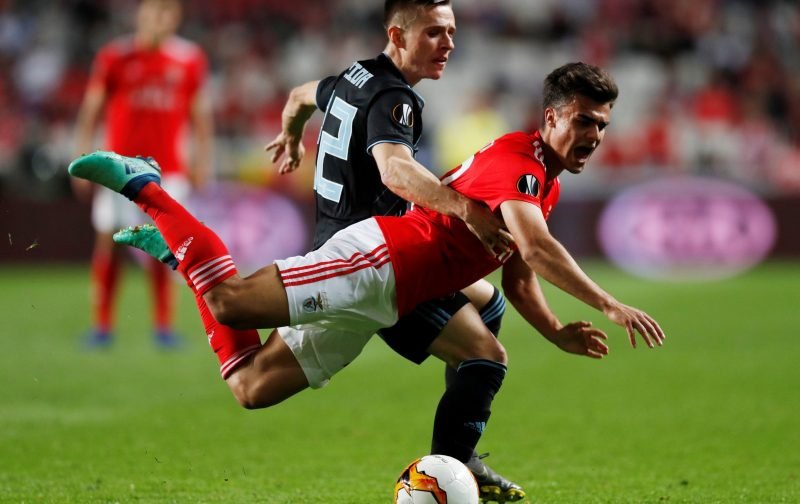 Tottenham Hotspur are tracking Benfica youngster Jota, according to Portuguese newspaper A Bola.

It’s been suggested in the report that Spurs reportedly scouted the forward as he played for Portugal Under-20s against England on Tuesday.

The 19-year-old has made four appearances for Benfica in all competitions this term, including a Primeira Liga and Champions League debut.

However, it’s claimed Spurs, who are keen to bolster their ranks this summer after two transfer windows with no signings, will face competition from Bayern Munich.

The Lisbon-born star has a £25.5million release clause but his current club are trying to tie him down to a new deal which could increase that to £85.1milion.