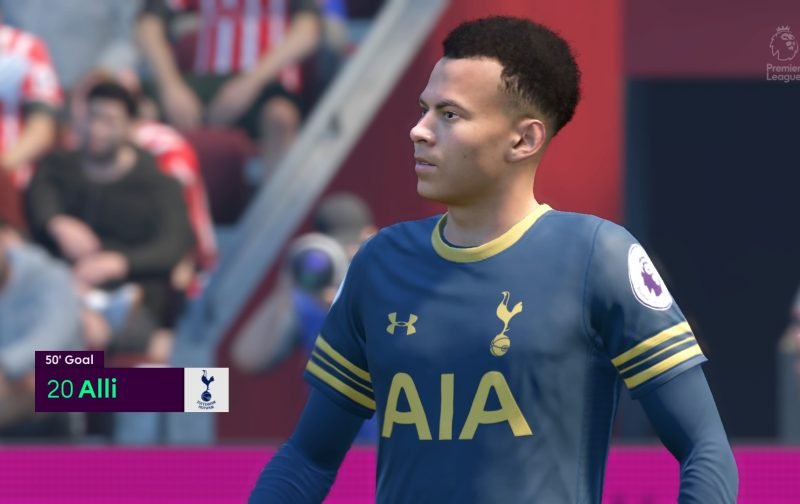 England international ace Dele Alli is set to be one of the new faces of FIFA 18, according to the Mirror.

The 20-year-old, who has 15 international caps for the Three Lions, has impressively scored 14 goals and provided six assists in 36 appearances in all competitions for Spurs.

Alli, who arrived at White Hart Lane back in February 2015 following his move from League One outfit Milton Keynes Dons, is said to be drawing interest from numerous European giants this summer, including Bayern Munich, Real Madrid, FC Barcelona and Paris Saint-Germain.

Given the Spurs starlet#s meteoric rise to club and country fame, EA Sports have reportedly already opened discussions about making Alli the face of the next instalment of the FIFA gaming series, which is expected to be released in September 2017.

Alli, who won Young Player of the Year for the second year running at the 2017 London Football Awards earlier this week, could follow in the footsteps of the likes of Lionel Messi, Gareth Bale, Eden Hazard and international team-mate Wayne Rooney in fronting the global gaming phenomenon.