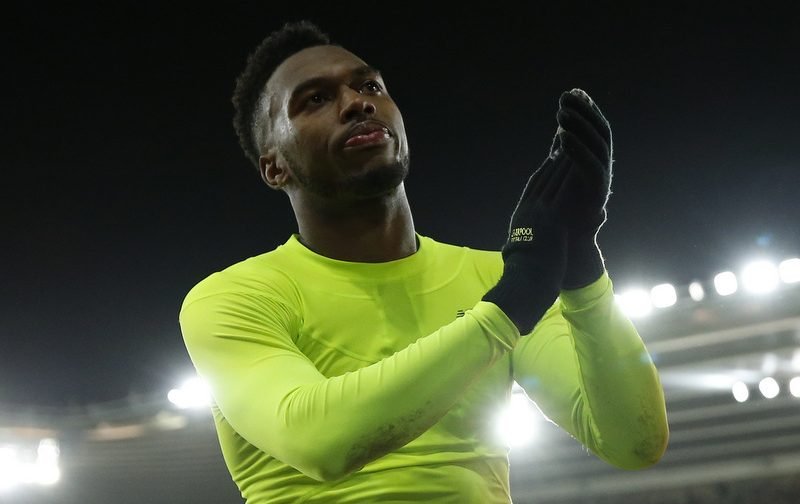 West Ham United are reportedly favourites to sign England international striker Daniel Sturridge this summer, according to The Sun.

The Premier League side, who have risen up to ninth place in the top-flight standings after impressively defeating Southampton 3-1 at St Mary’s Stadium at the weekend, have been linked with luring the Liverpool forward to the London Stadium at the end of the current 2016-17 campaign.

The 27-year-old, who has 25 international caps for The Three Lions and featured for England at last summer’s UEFA Euro 2016, has scored six goals and provided three assists in 21 appearances in all competitions for The Reds so far this season.

Sturridge, who arrived at Anfield back in January 2013 following his reported £12m switch from top-flight rivals Chelsea, has netted 60 goals in 113 games for Liverpool overall.

The report suggests that The Hammers are leading the chase for the striker’s signature, with Reds boss Jurgen Klopp ready to offload Sturridge in a bid to fund a £40m offer for Borussia Dortmund’s Pierre-Emerick Aubameyang.