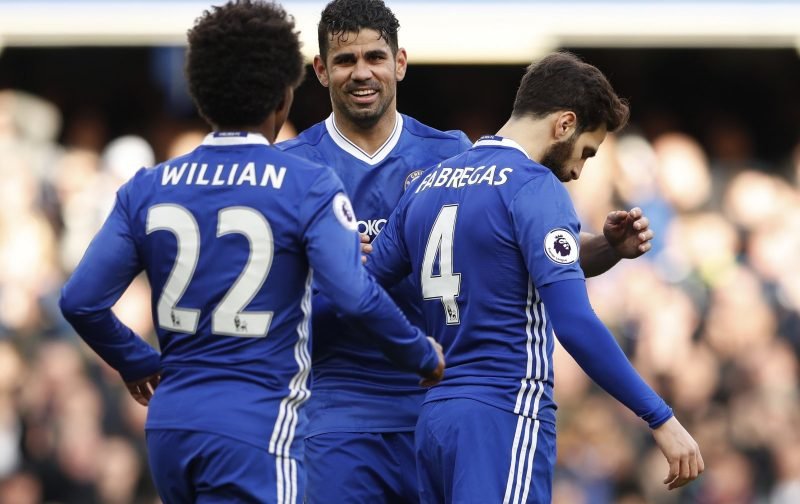 Chelsea look to be storming towards the Premier League title having won 19 of their 25 league games this season.

The Blues were ninth after their 3-0 loss to Arsenal back on September 24, but since then have won 16 of their 19 matches, and opened up an eight-point lead at the top over nearest challengers Manchester City.

Antonio Conte’s men embarked on a 13-match winning streak between October and January, matching the record set by Arsenal’s ‘Invincibles’ back in 2003/04, but Tottenham made sure that they didn’t beat it with a 2-0 victory at White Hart Lane.

Nonetheless, that is one of just three defeats the Blues have suffered in the league this term, and given that they are also comfortably into the last eight of the FA Cup, the domestic double is very much on for the West London side.

Clearly, it has been an excellent season at Stamford Bridge, and given that Chelsea are currently embarking on a week’s break between matches, we thought we’d take a look back at their campaign thus far.

So, with that in mind, here is What’s Hot and What’s Not from Chelsea’s season so far…