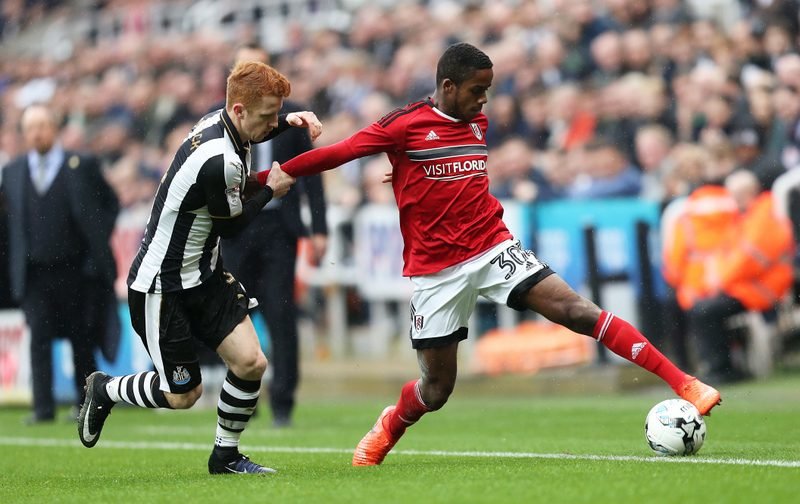 Championship table-toppers Newcastle United had their charge to the Premier League halted after Fulham shocked St James’ Park, coming away with a 3-1 win on Saturday.

Tom Cairney opened the scoring for Fulham after 15 minutes, a strike which was followed by Ryan Sessegnon’s brace early in the second-half for Slavisa Jokanovic’s West Londoners, who are now seventh in the Championship, two points off the final play-off place.

The defeat for Rafael Benitez’s Magpies means they are level on points with second-placed Brighton and Hove Albion, that is after the Seagulls downed Derby County at the AMEX Stadium in Friday night’s televised game, courtesy of goals from Anthony Knockaert, Sam Baldock and Glenn Murray.

Rajiv van La Parra ensured Huddersfield Town kept up ground on the top two at Griffin Park. David Wagner’s Terriers battled to a 1-0 win over Brentford in the capital.

In League One, with leaders Sheffield United not in action on Saturday, the focus turned to Highbury Stadium, as Fleetwood Town welcomed Bolton Wanderers in a fixture between second and fourth in the division.

It would be Phil Parkinson’s Wanderers who emphatically came out on top, defeating Uwe Rosler’s Cod Army 4-2 to end Fleetwood’s 18-match unbeaten run. A brace from Adam Le Fondre, alongside efforts from David Wheater and Mark Beevers, sent Bolton on their way to three points.

Meanwhile, Doncaster Rovers maintained their lead at the summit of League Two with a 2-0 win over Cheltenham Town at the Keepmoat Stadium.

Andy Butler and John Marquis were on the scoresheet for Rovers, who are four points clear at the top.

Plymouth Argyle consolidated second spot in the fourth-tier, as goals from Sonny Bradley and Graham Carey in the second-half confirmed maximum points for the Pilgrims at Mansfield Town.

Portsmouth’s automatic promotion hopes were boosted with a 4-0 triumph at Colchester United.

So, after another enthralling weekend of action, here is Shoot!‘s What’s Hot and What’s Not from the EFL…