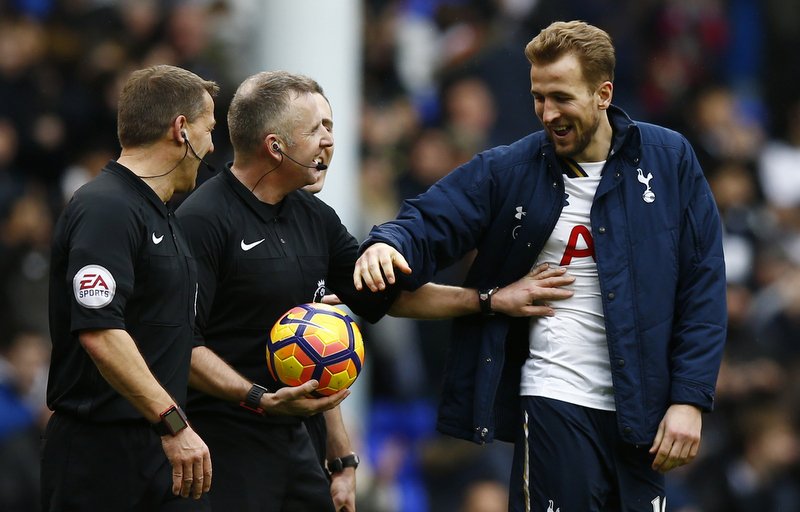 The 23-year-old, who now has 22 goals in all competitions this season, completed his latest feat inside 23 minutes at White Hart Lane, as Tottenham moved up to second in the Premier League standings.

Despite being knocked out of the UEFA Europa League in midweek, Kane inspired Spurs to a flourishing win in North London, seeing Tottenham get back to winning ways after their 2-0 setback at Liverpool last time out.

If anyone is to catch league leaders Chelsea this term, who are 10 points clear with 12 games remaining, the England international may well have to sustain this deadly form in front of goal until May.