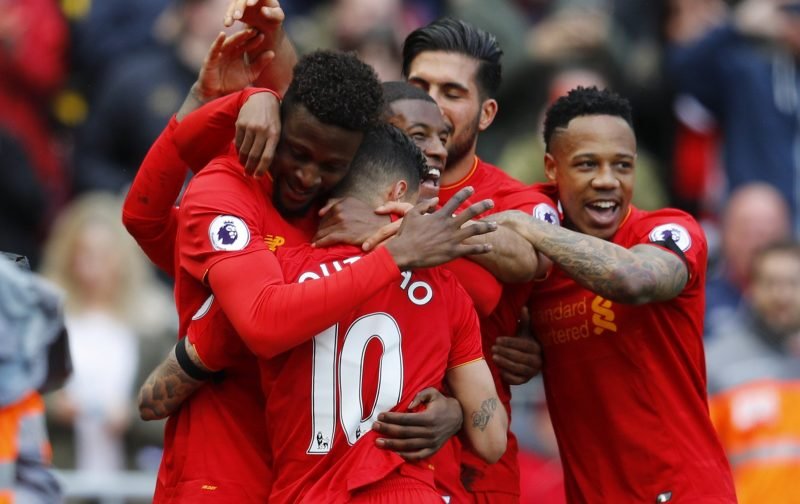 Premier League leaders Chelsea suffered a surprise 2-1 defeat at home to Crystal Palace on Saturday to keep the title race very much alive going into the final few months of the campaign.

Antonio Conte’s men took an early lead against the Eagles through Cesc Fabregas, but quick-fire goals from the excellent Wilfried Zaha and striker Christian Benteke turned the match on its head after only 11 minutes.

The Blues pressed for a leveller but found Wayne Hennessey and the Palace backline in inspired form, resulting in a fourth league win in a row for Sam Allardyce’s side, while condemning Conte’s men to a first defeat since January.

And second place Tottenham took full advantage by beating Burnley 2-0 at Turf Moor, with second half goals from Eric Dier and Son Heung-min reducing the gap to Chelsea to just seven points with nine games of the season remaining.

Liverpool moved up to third after beating Merseyside rivals Everton 3-1 at Anfield, leapfrogging Pep Guardiola’s Manchester City as they could only muster a 2-2 draw away at sixth place Arsenal, who remain seven points off the top four places.

Southampton round off the top ten after drawing 0-0 at home with South Coast rivals Bournemouth, while at the bottom, Sunderland are now eight points adrift of safety after losing 1-0 at Watford on Saturday, and Middlesbrough remain five points behind 17th place Swansea after drawing 0-0 at the Liberty Stadium on Sunday.

And 18th place Hull City came from behind to inflict a fourth straight defeat on Slaven Bilic’s West Ham, a result which moves the Tigers to within a point of safety, and just six behind the Hammers in 14th.

On what was a frantic weekend of action in England’s top-flight, here is What’s Hot and What’s Not from the last few days in the Premier League…