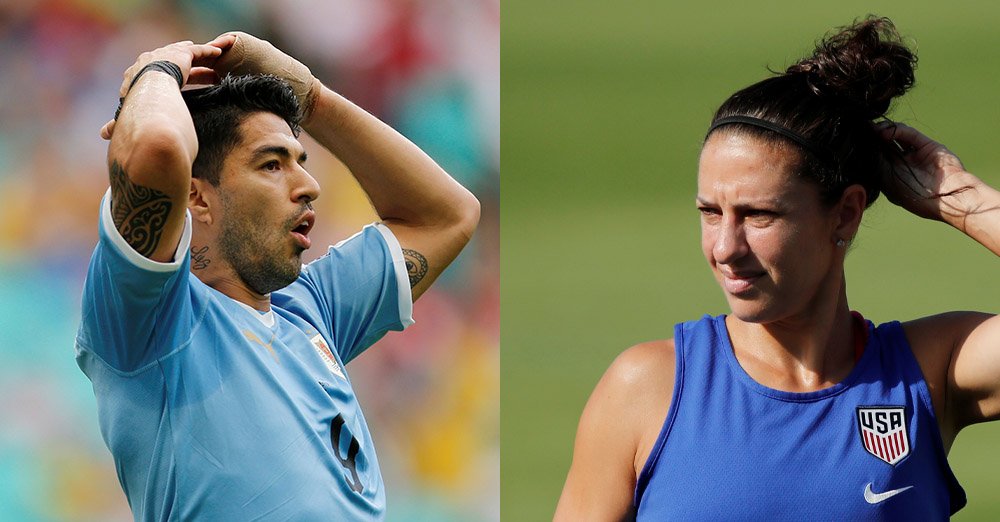 Two deadly strikers make up the number-four spot on our comparison list, only separated by a mere £29.7million per year! Barcelona forward Luis Suarez has won accolades on both a personal level, club level and international level, but the Uruguayan will still feel he has a lot more to achieve despite turning 32 earlier this year.

Carli Lloyd is a superstar for Sky Blue FC. The forward is an iconic figure in women’s football and is a fan-favourite in the United States; especially after scoring a hat-trick in the victorious 2015 World Cup final. Lloyd is considered one of the best of all time and is one of the most vocal players over equal pay.