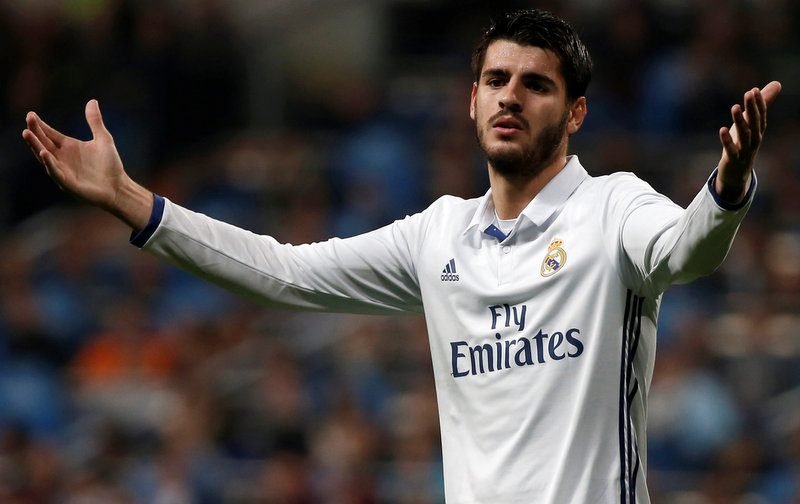 Chelsea travel to Stoke City on Saturday knowing that a win would take them 13 points clear at the top of the Premier League.

Their nearest challengers Tottenham and Manchester City are both in action on Sunday, against Southampton and Liverpool respectively, so Antonio Conte’s Blues know that they can put them both under severe pressure with all three points at the bet365 Stadium on Saturday.

The Blues have won five of their last seven league games since losing to Spurs on January 4, and go into their clash with the Potters off the back of a hard-fought 1-0 success over Manchester United in the FA Cup on Monday.

Clearly, Chelsea have much to play for between now and the end of the season, with the double very much on, yet that hasn’t stopped speculation about potential incomings and outgoings at Stamford Bridge this summer.

And one potential outgoing could be striker Diego Costa, who is reportedly keen on leaving West London after three years at the club.

Yet, the Blues have already been linked with a replacement for the Spaniard in the form of Costa’s compatriot Alvaro Morata, who returned to Real Madrid last summer but hasn’t broken into Zinedine Zidane’s first team on a regular basis.

And it appears that the 24-year-old could be the ideal replacement for Costa should he move to Chelsea this summer. 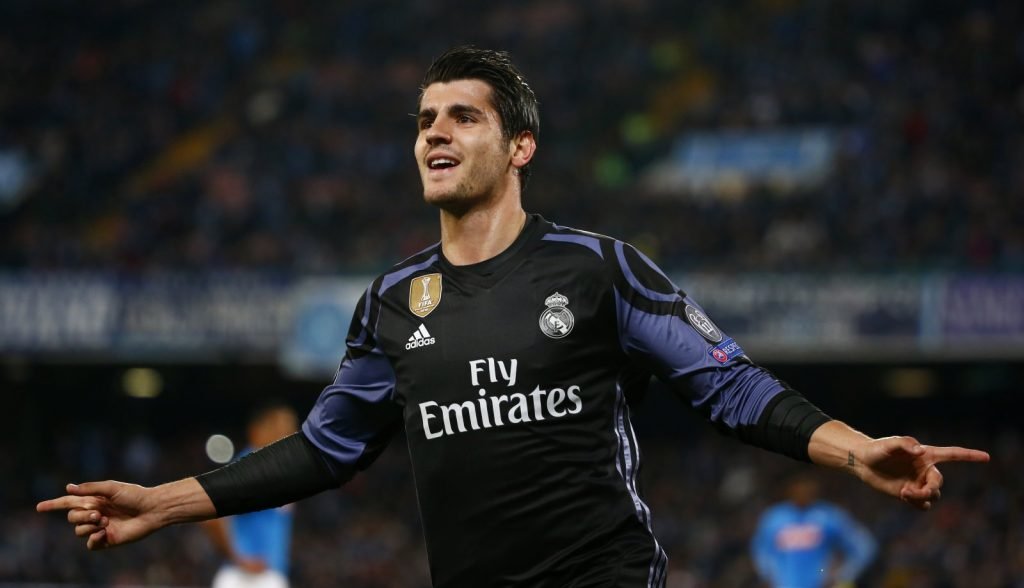 The Spanish striker has been restricted to just nine La Liga starts this season after re-joining the European champions last summer, and with just one start in the Champions League as well, he’s clearly struggling to prove his worth to Zidane.

However, that arguably says more about the players in front of him in the pecking order than Morata himself, as the 24-year-old has scored eight goals and laid on two assists in the league this term, in which he has played just 888 minutes.

That’s quite an impressive strike-rate, and given that Karim Benzema has netted only seven in the league this term, Morata must be wondering what he can do to get into the side regularly.

Interestingly, Morata even has a better goals-to-minute ratio than Costa this term, with the former’s eight goals coming an average every 111 minutes, while Costa’s 17 Premier League strikes come around on average every 130 minutes. 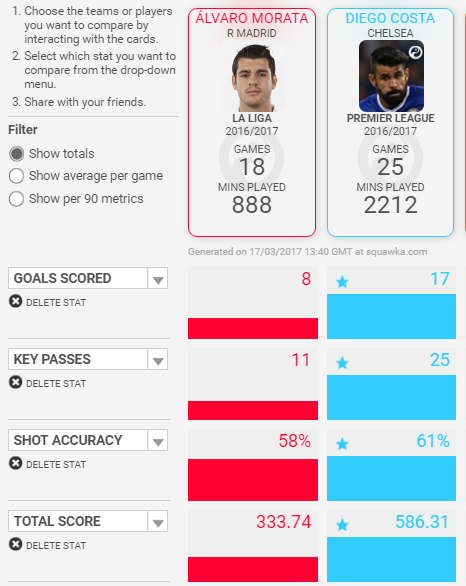 Although Costa has scored more and completed more key passes, Morata hasn’t had the time on the pitch to make the telling difference, so a move away would almost give him a point to prove after a frustrating campaign at the Bernabeu.

Despite being only 24, the Spanish international would also bring trophy-winning pedigree on both the domestic and European stage to Stamford Bridge.

Morata was part of the Madrid side that won the Champions League in 2014, and also helped Juventus reach the final in 2015 by netting four times en route to the showpiece, and then netted in the final itself to level things up against Barcelona, only for the Italian side to go on to lose 3-1.

And with three league titles and several domestic trophies on his record, Morata has gained vast amounts of experience of winning big competitions with big clubs, and that will be invaluable for a Chelsea side who will be embarking on a Champions League campaign next term.

The Blues clearly want the striker, given that they tried and failed to lure him last summer, and that feeling of being first choice at a club fighting for titles on the domestic and European stage could be what Morata needs to get back to his best, and thus become the ideal replacement for Costa.