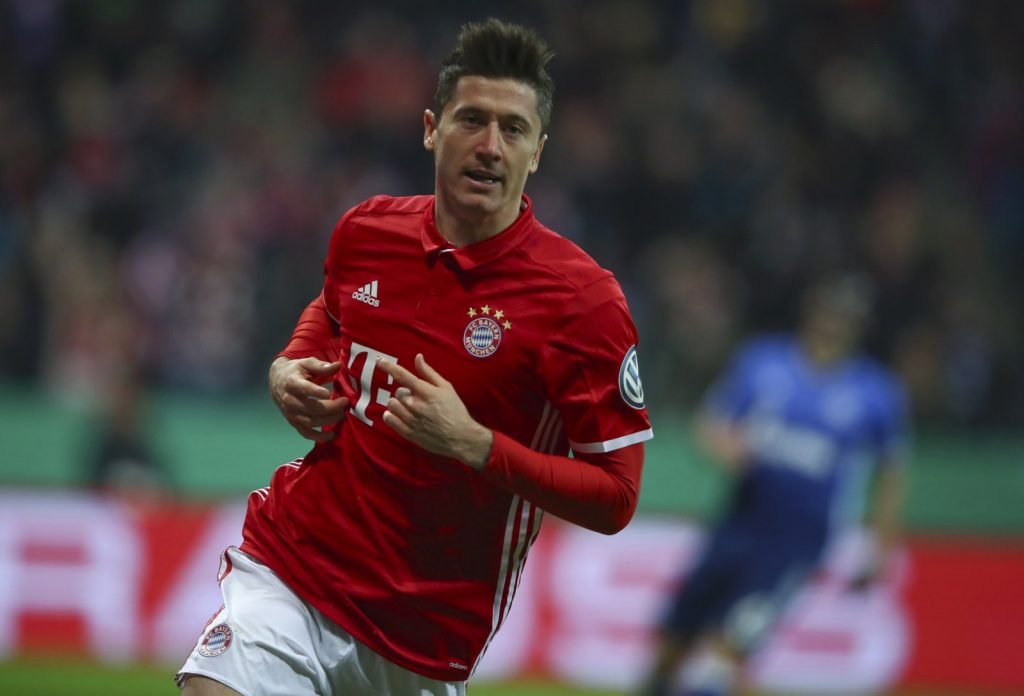 There’s no doubting Antoine Griezmann’s ability as a forward or his goal-scoring record, but there’s also no doubt that Robert Lewandowski is one of the most prolific and lethal strikers in the world, and has been for several years.

The Polish international scored 103 goals in just 187 games for Borussia Dortmund between 2010 and 2014, including 36 in just 49 matches in 2012/13, and that earned him a move to rivals Bayern Munich, where he has continued his unbelievable form in front of goal in the last three years.

The 28-year-old has netted 97 goals in just 134 matches for Bayern, including a staggering 42 in 51 games last term to help Pep Guardiola’s side to the league and cup double, as well as the semi-finals of the Champions League.

Clearly, both are incredibly good in front of goal, but Lewandowski is that little bit more prolific, and with his defensive contribution also excellent, he could be exactly what Mourinho is looking for in his strikers.