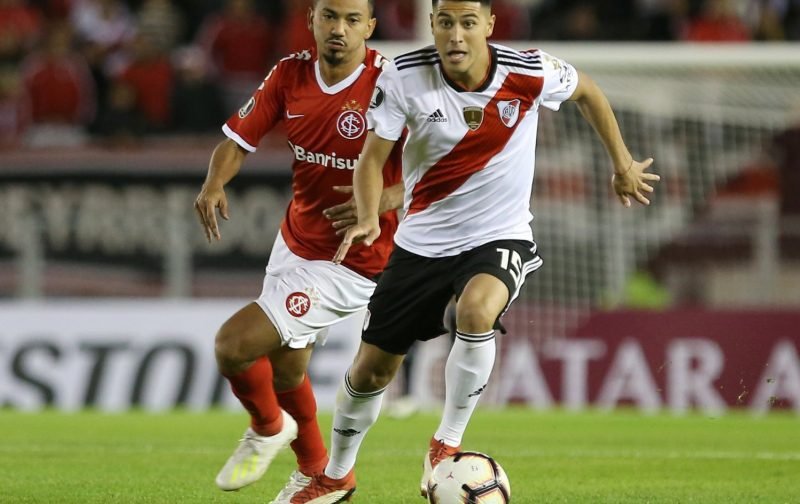 Arsenal have their sights set on signing midfielder Exequiel Palacios from River Plate, according to Closs Continental.

Despite fracturing his fibula in February, the player that was heavily linked with Real Madrid could now be on his way to the Emirates.

The 20-year-old has caught the eye of many of Europe’s biggest clubs and it is expected he will leave River Plate in the summer.

Rumours were circulating that the Argentine would be making his way to the Santiago Bernabeu Stadium when Julen Lopetegui and Santiago Solari were in charge.

However, since Zinedine Zidane returned to Los Blancos their interest has almost completely died out, opening the door for other clubs.

Gunners boss Unai Emery is still building his squad at Arsenal and is looking to bring in young talent to help bolster his side.

After failing to qualify for the Champions League via the Premier League season, the Spanish boss will hope players like Palacios can help the North London side break into top-four next term.