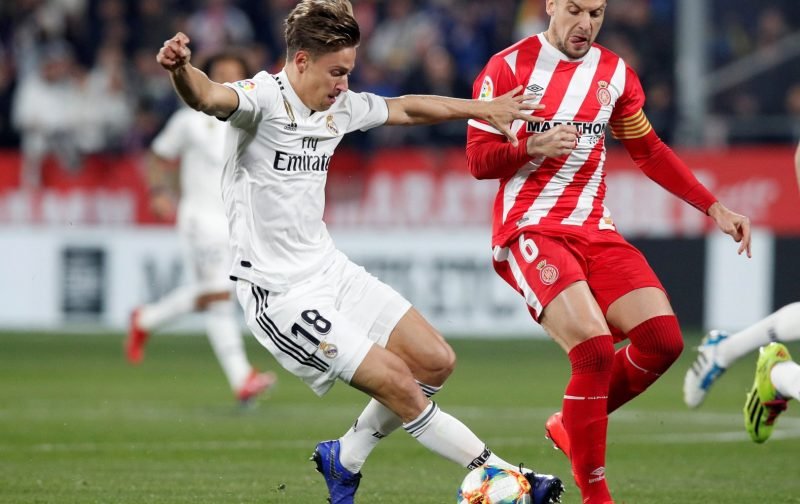 Arsenal are in talks with Real Madrid over the possible signing of midfielder Marcos Llorente, according to reports.

The 24-year-old has played just 15 times for the Spanish giants in all competitions this season and is expected to leave the club in the summer.

Spanish outlet AS are reporting that the Gunners have been in contact with Los Blancos over a possible deal.

Arsenal boss Unai Emery is keen to bolster his squad this summer as he aims to make his side more of a force.

Despite making the Europa League final on Thursday night, the North London side fell short of a top-four finish in the Premier League.

And with Aaron Ramsey departing for Juventus, midfield is an area the Spanish boss is really looking at.

Llorente, was is a former Spain Under-21 international, likes to play in middle of the park but can also play at centre-back.

The versatile player has played 38 times overall for Real Madrid and has also been linked with the likes of Manchester United, Atletico Madrid and AS Roma.