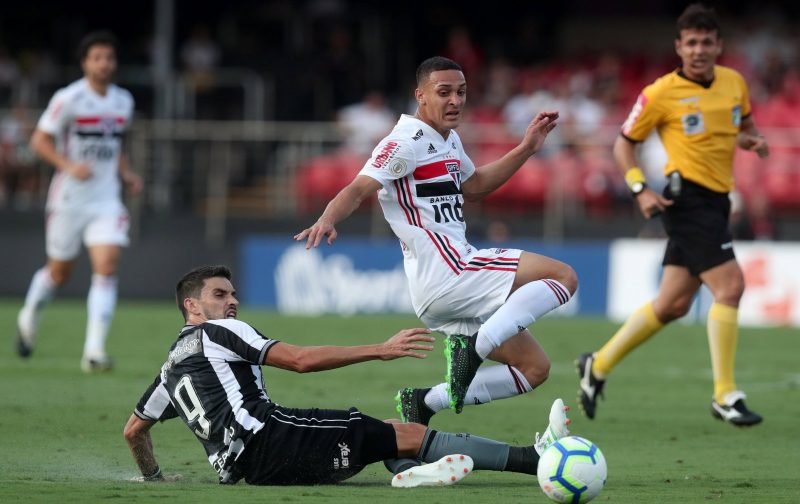 Arsenal are interested in signing Sao Paolo winger Antony this summer, according to reports.

Gunners boss Unai Emery is looking to add to his squad this summer after missing out on a top-four finish in the Premier League.

Aaron Ramsey, Danny Welbeck and Petr Cech will all leave the Emirates, while many others face an uncertain future.

And according to Yahoo, the North London side are one of a number of clubs in the running to sign the 19-year-old.

The Brazilian has played nine matches for his club’s senior team but is claimed to have caught the eye of Arsenal.

However, Ajax, Monaco, PSV and Lyon have also been linked with the player who is expected to cost around £21million.

It’s thought that Antony’s agent, Junior Pedroso, has flown to Europe to meet with those interested clubs.