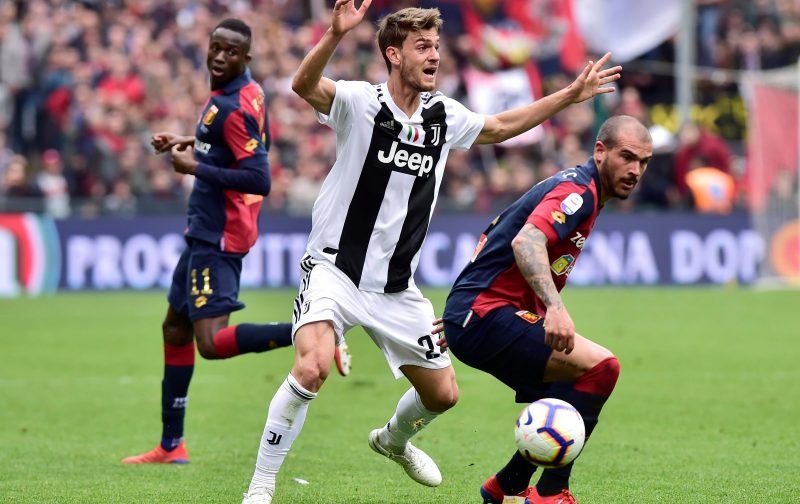 Arsenal are weighing up a swoop for Juventus defender Daniele Rugani, according to reports.

The Gunners are keen to bolster their defensive ranks after conceding 51 Premier League goals last term as they finished a point outside the top-four.

Additionally Laurent Koscielny is trying to leave the North London club in order to return to France, meaning boss Unai Emery is on the lookout for potential additions.

And, according to Corriere Torino, the Spanish chief is eyeing up a loan deal for 24-year-old Rugani.

The Italy international made 20 appearances for the Serie A champions last term but is expected to fall down the pecking order following the signing of Matthijs de Ligt from Ajax.

Aa Juve value their man at around £35.9million, it’s thought that Arsenal will launch a bid to bring the centre-back to the Emirates on a season-long loan deal.

Chelsea have also been linked with the defender but the Blues’ two-window transfer-ban means, as it stands, they wouldn’t be able to sign Rugani until next summer.