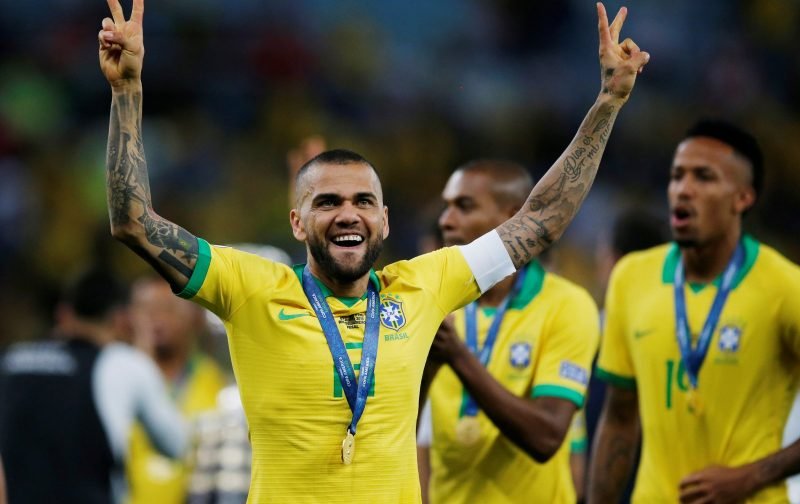 Arsenal have become a surprise addition in race to sign out-of-contract right back Dani Alves, according to Spanish outlet AS via Sky Sports.

Due to the club’s failure to reach the Champions League, Gunners boss Unai Emery only has a transfer budget of £45million this summer, and is desperate to strengthen his defence.

With funds limited, the opportunity to sign Dani Alves on a free, seems too good to turn down, as the North London club compete with rivals Manchester City for the Brazilian’s signature.

Alves would bring vast experience to the Emirates, the 36-year-old won his 40th major honour when lifting the Copa America with Brazil earlier this month.

The right back’s 18-year career has seen him play for five clubs, claiming domestic league and cup wins, at Barcelona, Juventus and PSG.

However, Manchester City fans will be hopeful of capturing the defender, with guaranteed Champions League football and the chance to be reunited with former manager Pep Guardiola an obvious boost.