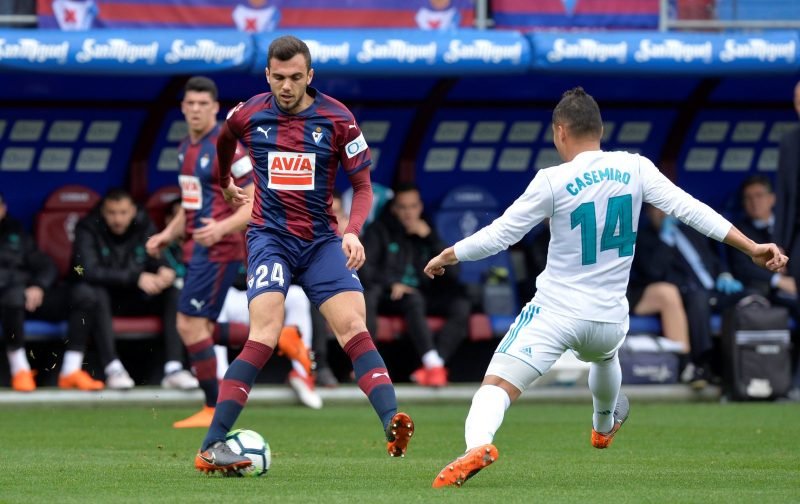 Arsenal are chasing the signature of Eibar star Joan Jordan, according to Spanish outlet Marca.

Unai Emery is keen to strengthen his squad this summer an, with Aaron Ramsey heading to Juventus, is looking for a midfielder.

However, the Spanish boss has reportedly been given a tight transfer budget which will be significantly reduced if the club do not qualify for the Champions League.

This means the Gunners will have to unearth some gems from some of Europe’s smaller clubs and it’s claimed they have been keeping a close eye on Jordan.

The 24-year-old has been one of Eibar’s standout performer this term, registering three goals and four assists from the middle of the park.

And with a release clause of just £12.8m, the former Espanyol player fits right into the North London club’s transfer budget.

Additionally, Jordan’s contract expires in the summer of 2020 and it is thought his La Liga club are willing to sell as they wouldn’t want to risk losing the 6ft playmaker for nothing.