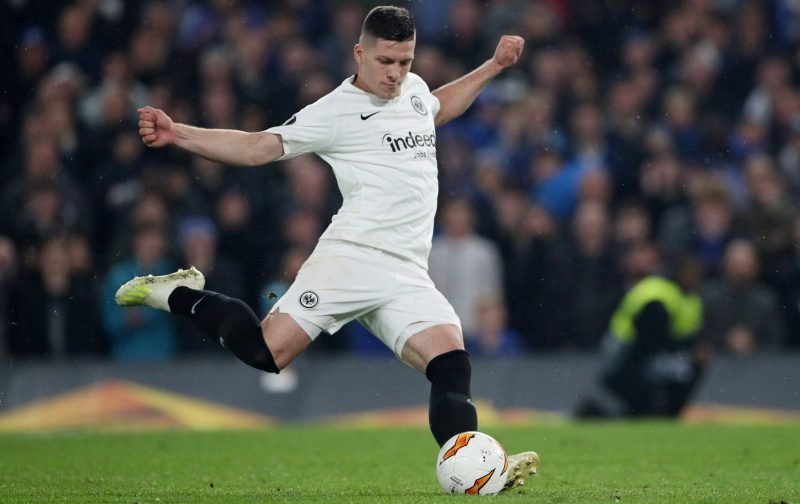 Chelsea have been handed a boost in their pursuit of Eintracht Frankfurt striker Luka Jovic, according to the Daily Star.

The £60million-rated Serb has attracted interest from the Blues as well as Manchester United, but it is claimed that he would prefer a move to West London.

It is reported that the 21-year-old has his eyes on playing Champions League football next season – an ambition which could not be realised at Old Trafford.

But with Chelsea waiting to hear back from FIFA on whether their two-window transfer ban is to be overturned, a move to Stamford Bridge for Jovic is by no means a foregone conclusion.

Blues boss Maurizio Sarri is in desperate need of some offensive reinforcements for next season.

Eden Hazard’s Real Madrid switch edges closer, and the futures of Gonzalo Higuain and Olivier Giroud are uncertain, meaning Jovic could be the solution to Chelsea’s attacking woes.

The former Benfica frontman has propelled Frankfurt to sixth in the Bundesliga with one game still to play – contributing 17 goals and five assists.

Signing permanently this season after an initial loan move from Portuguese outfit Benfica, Jovic became the youngest player to score five goals in a Bundesliga game back in October when he found the net five times in a 7-1 win over Fortuna Dusseldorf.