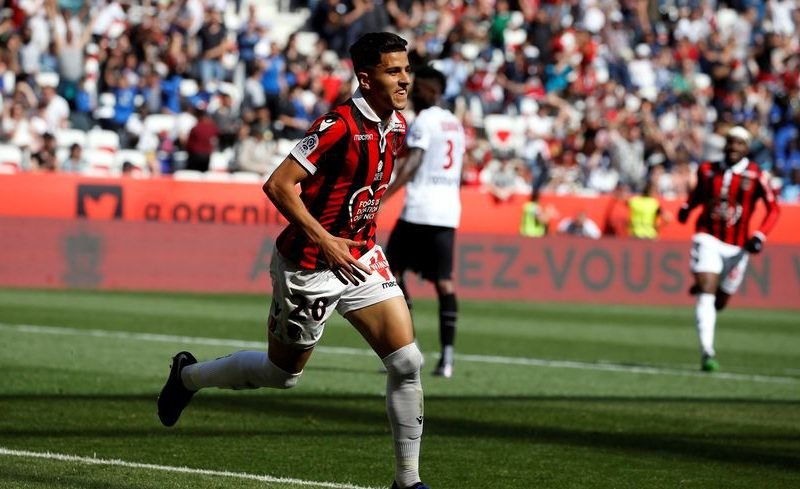 Chelsea are planning a raid for £35million-rated Nice defender Youcef Atal if their summer transfer ban is delayed, according to The Telegraph.

It is understood that the Stamford Bridge club will be joined by European giants Bayern Munich and Atletico Madrid in their pursuit of the Algerian.

But after FIFA said the Blues would be sanctioned for signing under-age non-EU players with a two transfer window ban, they could miss out on the 22-year-old unless their punishment is delayed.

Despite only arriving from Belgian outfit Kortrijk at the start of the season, Atal has been a crucial member of a Nice side pushing for European qualification in Ligue 1, providing six goals in 25 appearances.

A right-back by trade, he can also play in a number of more advanced positions including left-midfield, from which he scored a hat-trick in Nice’s 3-0 win over Guingamp at the weekend.

Nice boss Patrick Vieira insisted after the weekend’s win that the Algeria international is not for sale, but it is understood that Atal is keen on Champions League football next season should the opportunity arise.

With the versatile defender set to compete in the African Cup of Nations during June and July, it would appear preferable for all parties if Atal’s future is sorted before the start of the tournament.