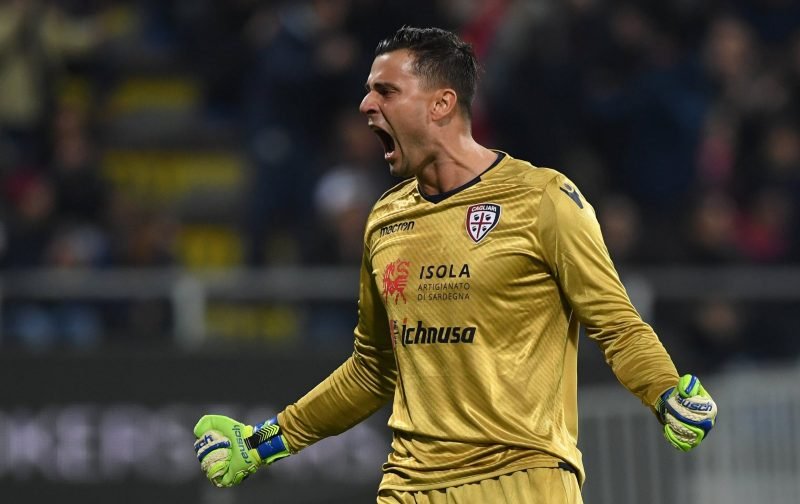 Chelsea are lining up a surprise swoop for Cagliari goalkeeper Rafael, according to reports.

The 37-year-old has yet featured just once for the Italian side all season as he sits behind number 1 Alessio Cragno in the pecking order.

But despite his lack of game-time, Tutto Cagliari, as cited by Calciomercato, report that the Blues are keen to add the Brazilian’s experience to their squad next term.

Chelsea expect to lose current stoppers Willy Caballero and Rob Green when their contracts expire in the summer which would leave club-record signing Kepa Arrizabalaga as their only senior option.

And it’s claimed boss Maurizio Sarri will look back to his homeland in order to snap up Rafael, whose best known for a nine-year spell at Verona, on a free transfer at the end of the season.

The Stamford Bridge club will firstly need to fight off a transfer ban placed on them by FIFA for breaching rules in relation to youth players.

If they fail to succeed in their appeal they will be unable to sign any players in the next two transfer windows.