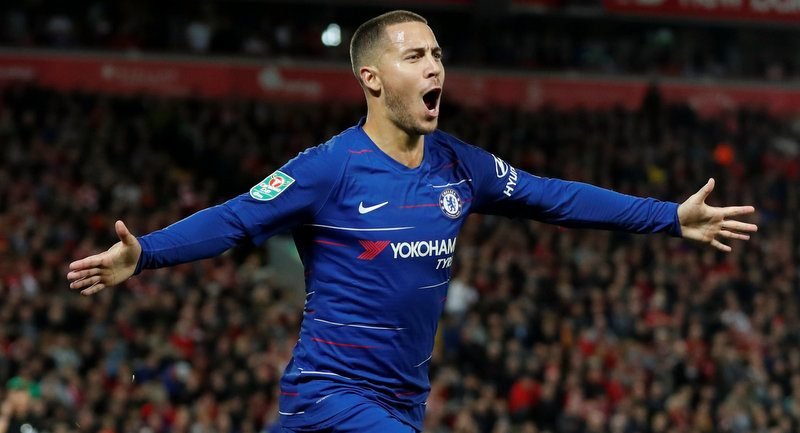 Real Madrid are set to complete the signing of Chelsea’s Eden Hazard in a matter of days, according to Spanish news outlet Marca.

The 28-year-old has been under a cloud of speculation for two seasons now. but even more so since turning down numerous new contract offers from the London club.

Madrid manager Zinedine Zidane is hoping to build his entire attacking team around Hazard, with the club preparing to offer the Belgium international £300,000-a-week wages.

Zidane is back as Real Madrid boss and is keen to rebuild his squad.

The Spanish giants had a £200million bid rejected from Chelsea at the end of last season, and now reports suggest they could land their target for less than half that amount.

Chelsea have already gone some of the way to replacing their undoubted best player by signing Christian Pulisic from Borussia Dortmund for £52million in January. However, the USA international was loaned straight back to the German club for the remainder of the season.

Hazard has scored 19 goals and assisted 12 in all competitions this season for his club and will be a huge loss to Chelsea fans if the deal were to go through.