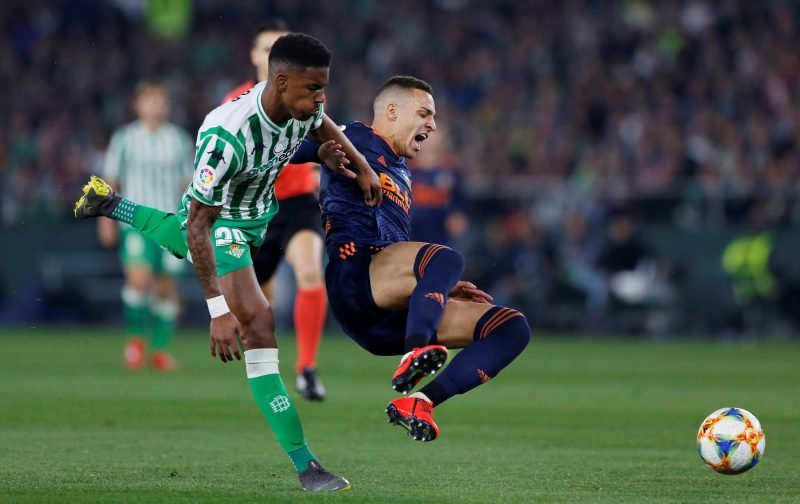 Liverpool will not be making a move for Real Betis defender Junior Firpo, according to reports.

The Reds had been linked with a summer swoop for the 22-year-old, who’s impressed been turning heads with his performances in La Liga.

However, the Liverpool Echo report that the Spaniard is not on the Anfield side’s shopping list.

Boss Jurgen Klopp is keen to add to his squad this summer as he looks to build on winning the Champions League.

And with Alberto Moreno set to depart the German will be wary that he may have to bring in competition for first-choice left-back Andrew Robertson.

But despite a lack of cover for the Scot, Firpo, who’s also been linked with a move to Manchester United, is not a target for the Merseyside club.