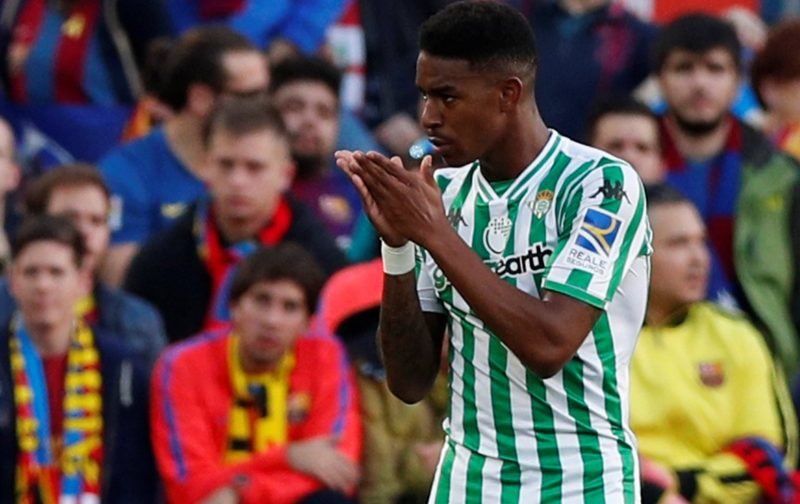 Manchester United are set to offer Real Betis £30million for left-back Junior Firpo, according to Spanish news outlet AS.

The Red Devils are expected to bring in an overhaul of talent this Summer, with Ole Gunnar Solsjkaer demanding improvement after missing out on Champions League football next season.

Spain Under-21 international Firpo is one of the many names linked with a switch to Old Trafford, along with fellow exciting young talents such as Borussia Dortmund’s Jadon Sancho and Benfica’s Joao Felix.

Despite current full-back Luke Shaw winning the Player of the Season award earlier this month, the Norwegian boss are still keen on the 22-year-old who contributed three goals and four assists in an injury-struck campaign.

It appears United will have to fight off interest from rivals Manchester City as well as Real Madrid, who are also expected bring in new faces after a disappointing season.

If the 13-time Premier League winners do manage to secure the signature of the hot prospect then fans can expect the an attack-minded full-back who’s composed on the ball.