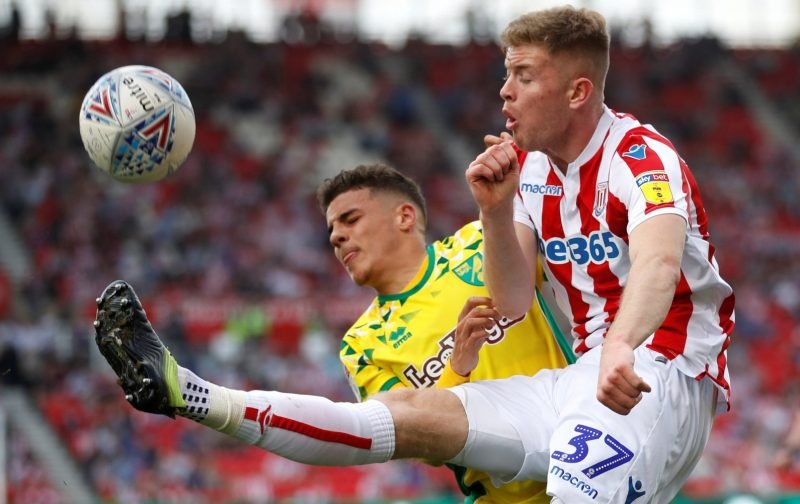 Manchester United are interested in making a move for you Stoke City defender Nathan Collins, according to the Daily Mail.

The 18-year-old looks set to link-up with Red Devils boss Ole Gunnar Solskjaer, who is looking to refresh his team with young talent after a disappointing end to the season.

United only won one of their last seven league games last term, leading many to question whether giving the Norwegian a permanent deal was the right move, but a good transfer window would surely bring optimism back to Old Trafford.

Collins was recommended to the United boss by ex-player Darren Fletcher, who made over 300 appearances for the 13-time Premier League champions over the course of 12 seasons.

The Scottish midfielder, who was released by the Staffordshire-based club at the end of the season, believes the teenager could become a key player for United in the future.

Potters boss Nathan Jones gave The Republic of Ireland Under-19 international his senior league debut in April against Swansea City and he then went on to appear in two more games before the end of the campaign.