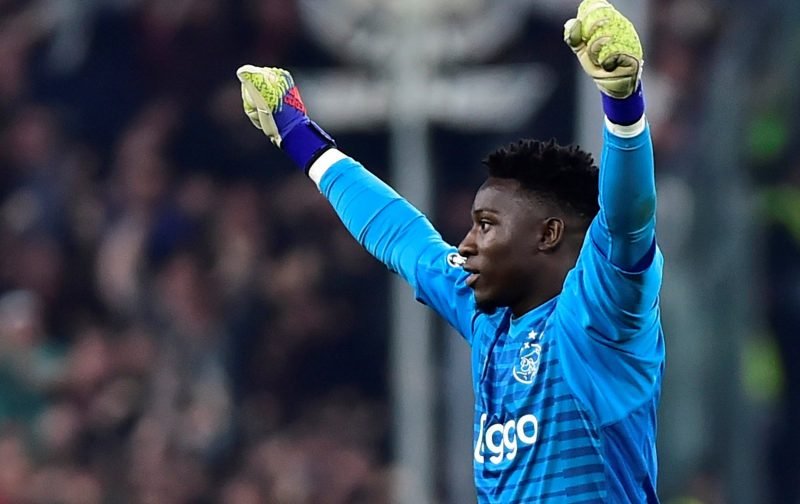 Manchester United have had an offer for Ajax goalkeeper Andre Onana turned down by the Dutch club, according to reports.

The 23-year-old has been a key part of one of Europe’s most exciting teams this season, helping the Amsterdam club win a domestic league and cup double, plus reach the last-four of the Champions League.

Now, like a lot of his talented teammates, the Cameroon international is being linked with a move away from the Johan Cruijff ArenA.

And the Daily Record report that Manchester United have made a firm offer for the stopper which has duly been rejected.

Ole Gunnar Solskjaer is aiming to add to his squad this summer after a disappointing season which saw the Red Devils miss out on Champions League qualification.

The Norwegian boss is looking to strengthen all over the pitch but with David de Gea’s future uncertain the Old Trafford club are exploring potential replacements for the Spaniard.

However, Ajax and United’s valuation of Onana is thought to be different, with the Eredivisie champions wanting around £35million for their first-choice goalkeeper.

If the Premier League giants don’t manage to make progress in a deal for the former FC Barcelona stopper it’s claimed they will turn their attention to current Barca back-up Jasper Cillessen.