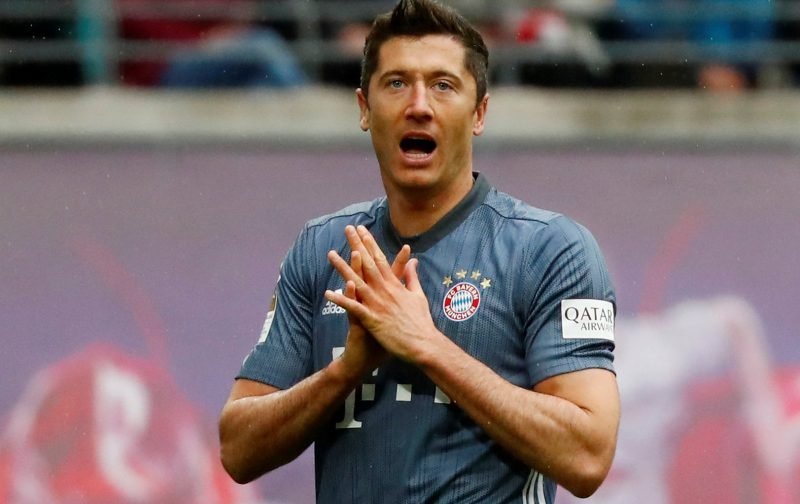 Manchester United have enquired over the availability of Bayern Munich striker Robert Lewandowski, according to reports.

The 30-year-old superstar’s contract at the Allianz Arena expires in 2021 but he is still deciding whether to pen a new deal, despite the Bundesliga giants’ eagerness to extend it for a further year.

Now, according to German outlet Kicker, Manchester United are keeping an eye on the Poland international’s situation as they weigh up a summer swoop.

Ole Gunnar Solskjaer is aiming to overhaul his squad this summer after failing to secure Champions League football for next season.

And with a host of his current players facing uncertain futures, the Norwegian boss is looking to bring in fresh faces all over the pitch.

However, the Red Devils are not alone in admirers of the former Borussia Dortmund hitman, with Paris Saint-Germain also thought to be keen.

It’s also claimed Bayern will make a last effort to tie the player who’s scored 189 goals in five seasons for them down after the German Cup final against RB Leipzig.