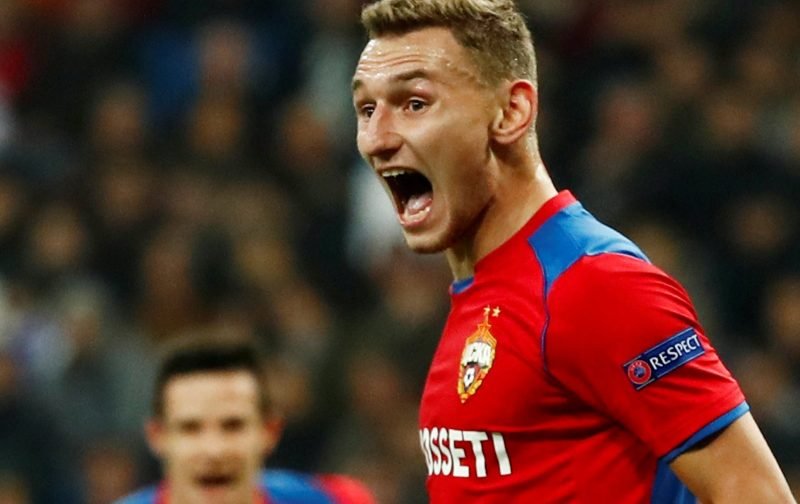 Liverpool have joined the battle for CSKA Moscow forward Fedor Chalov, according to reports.

Jurgen Klopp is looking to add a forward to his Champions League winning squad after Daniel Sturridge departed Anfield following the expiration of his contract.

And the Mirror report that the German boss has an eye on Chalov, who’s been impressing in his native Russia.

The 21-year-old was the top marksman in the Russian Premier League last term with 15 goals and he also chipped in with seven assists.

Jurgen Klopp wants to add a forward to his Champions League winning squad.

Despite penning a new three-year deal with CSKA in January, it’s claimed that his current employers would consider any offers in the region of £20million.

However, it’s thought that Liverpool will not be on their own in the pursuit of the goal-getter who’s also been linked with Premier League rivals Manchester City. Tottenham Hotspur, Arsenal and Manchester United and a number of clubs across Europe.