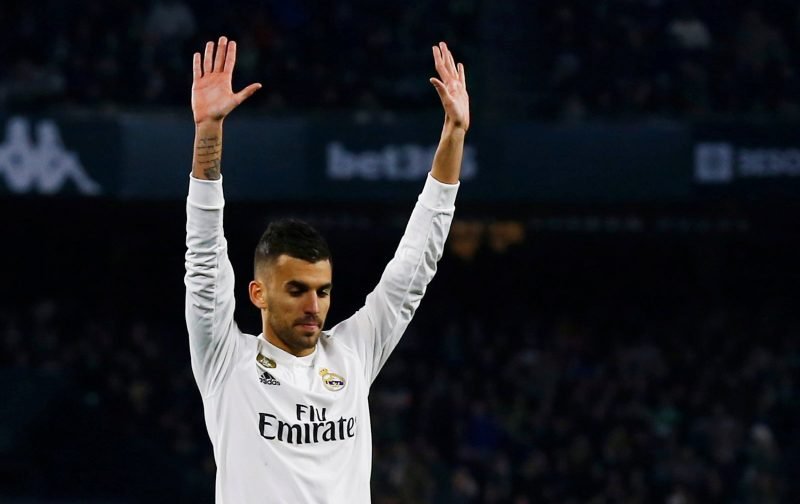 Liverpool are interested in chasing a deal for Real Madrid playmaker Dani Ceballos, according to reports.

The talented 22-year-old’s first-team chances were limited last term, with just 16 starts in all competitions to his name.

Marca (via the Mirror) report that Liverpool are keen on the former Real Betis star and are prepared to bid £45million to secure his services.

However, it’s claimed that Los Blancos would like to be offered a buyback clause as they believe Ceballos  has the talent to blossom into a regular starter.

Despite this, it’s thought the Reds will continue to push to recruit the Spain Under-21 international, who just starred in his country’s European Championship winning campaign.

Jurgen Klopp is aiming to strengthen his Champions League winning squad as he aims to win the Merseyside club its first Premier League title after missing out by just a point last term.

Although he’s had a lack of starts, Ceballos has still played 56 times for Real since his £16million switch from Betis in 2017.