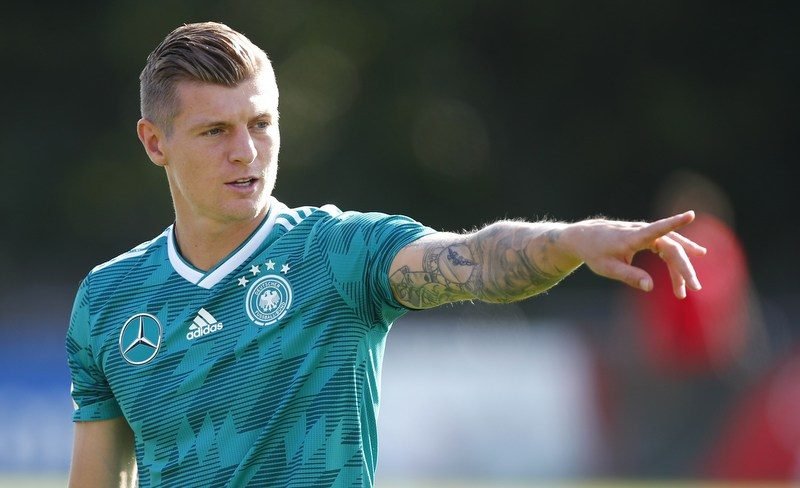 Real Madrid will give Manchester United the chance to land midfielder Toni Kroos this summer, according to The Sun.

The Red Devils almost signed the Germany international from Bayern Munich in 2013, before the Spanish giants beat them to a deal.

However, following a poor season the 29-year-old is reportedly looking for a new challenge away from the Bernabeu.

It’s claimed that Los Blancos will accept offers in the region of £50million – news which has alerted United and Paris Saint-Germain. Kroos and his Real Madrid teammates have struggled to replicate the for shown in previous seasons.

The French champions are willing to pay around £68million and double the playmaker’s wages but the Old Trafford outfit will battle it out for the pass master’s signature as they look to revamp their squad this summer.

Kroos, who has won La Liga and three Champions League crowns with Madrid, is under contract until 2022.

But now the German’s fifth campaign in the famous white shirt – which has seen him produce just one goal and five assists – could be his last in Spain.