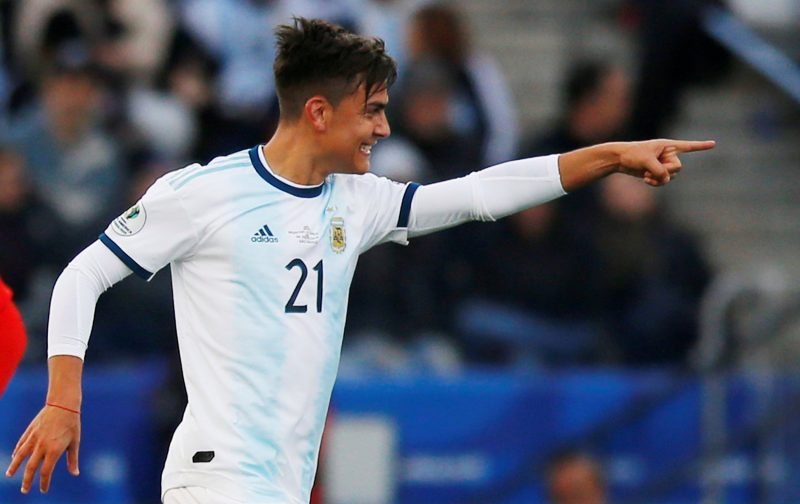 Manchester United could be in with a chance of signing Juventus playmaker Paulo Dybala this summer, according to reports.

The 24-year-old has impressed for the Serie A side since his transfer from Palermo in 2015, scoring 78 goals in 182 matches in all competitions.

However, the Mail Online report that the Old Lady are willing to listen to offers for the talented Argentina international.

And with Manchester United linked with the forward it’s claimed the Red Devils would be able to agree a fee with Juventus if they meet the player’s valuation of somewhere between £70million-£90million.

Ole Gunnar Solskjaer is trying to add to his squad following a disappointing 2018/19 trophyless season which also saw the club fail to finish in the top-four.

The Norwegian boss has signed Daniel James from Swansea City, Aaron Wan-Bissaka from Crystal Palace and has been heavily linked with Leicester City centre-back Harry Maguire.

But with the futures of Romelu Lukaku and Paul Pogba far from certain, it’s thought that he is eyeing up potential targets who will add some attacking flair to his ranks.

Solskjaer is reportedly an admirer of Dybala but he would also face competition from Paris Saint-Germain and Inter Milan for the South American’s signature should Juventus decide to cash in.