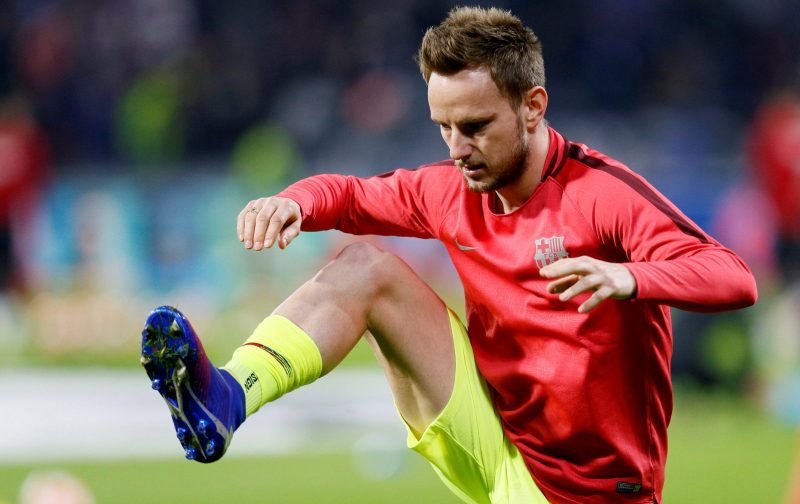 FC Barcelona midfielder Ivan Rakitic has rejected the chance to join Manchester United, according to the Daily Star.

It is reported that the 31-year-old is keen to play Champions League football next season – an ambition which Europa League-bound United cannot fulfil.

Red Devils chief executive Ed Woodward is also not prepared to meet Barca’s £50million valuation of Rakitic, knowing that the Croatian would hold little resale value when his contract expires.

United chief executive Ed Woodward is under pressure to overhaul the squad this summer.

The Catalan giants are looking to offload the former Sevilla man in order to finance moves for Ajax duo Frenkie de Jong and Matthijs de Ligt, with both looking destined for the Camp Nou.

Rakitic would have been an experienced addition to Ole Gunnar Solskjaer’s midfield and, with over 400 senior appearances to his name, provided serious competition for Paul Pogba.

Despite making over 100 appearances for Croatia, Rakitic was born in Switzerland and joined FC Basel as a seven-year-old in 1995.

After spells in Switzerland and Germany, he moved to Sevilla in 2011 where he would captain the side which won the Europa League three years later.

The former Schalke midfielder was a key member of Croatia’s remarkable World Cup 2018 campaign and scored the winning penalty kicks in both the quarter and semi-finals.