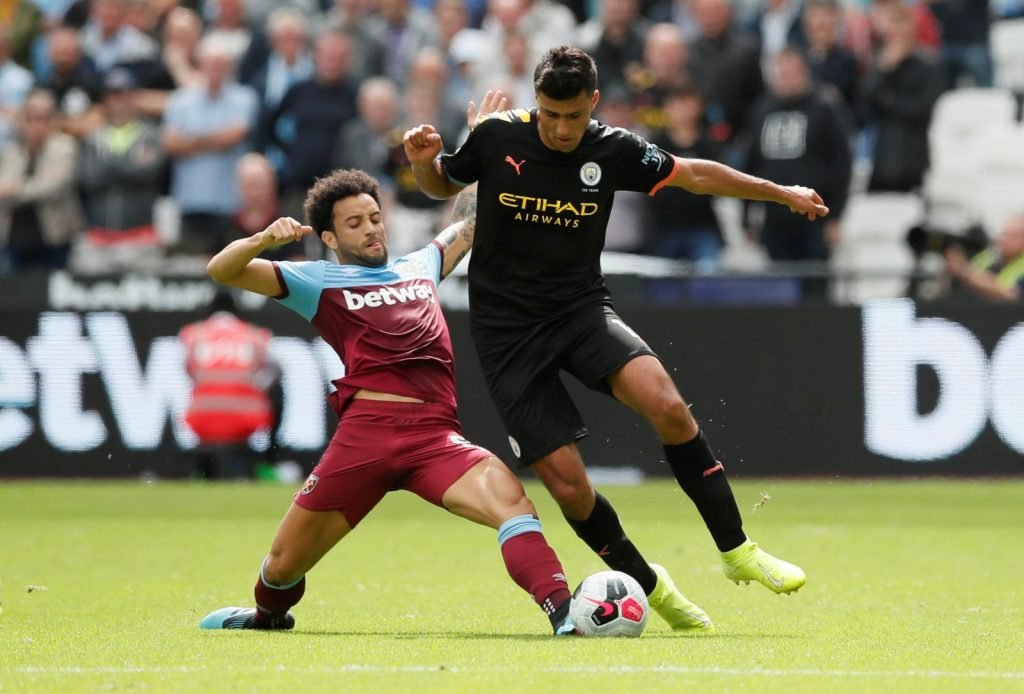 Sixty-two million pound midfielder Rodri showcased why he justified the hefty price tag with a composed and confident display in the heart of the Manchester City midfield. The Spaniard naturally fitted into the central defensive midfielder role, sitting behind the playmaking partnership of David Silva and Kevin de Bruyne, breaking down West Ham attacks and shifting his side on to the front foot regularly. The Citizens are renowned for their fast-passed, counter-attacking football so it was clear to see why the 23-year-old headed Pep Guardiola’s shopping list over the summer.

With Fernandinho aging, now 34, it was only logical for the Etihad Stadium outfit to look for a successor to fill the defensive-operating midfielder, a role which requires heaps of energy and speed. After this performance from Rodri, it would be very surprising to not see the former Athletico Madrid man feature week-in, week-out.