Tottenham Hotspur have offer for Paulo Dybala turned down by Juventus

Tottenham Hotspur have had a £45million bid for Paulo Dybala rejected by Juventus, according to reports.

The 25-year-old has been a key player for the Serie A champions since joining the club from Palermo in 2015, scoring 78 times in 182 matches.

But, according to Italian outlet La Stampa, Spurs are aiming to to bring the Argentina international to the Premier League. 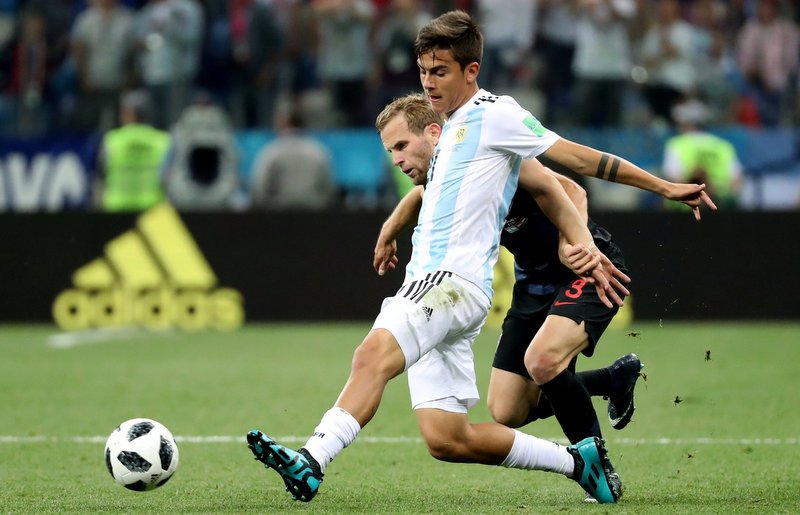 Dybala in action for Argentina at the 2018 World Cup.

Although it’s claimed the Turin giants could be willing to part with their forward, they will not do so unless their valuation of £80million is met.

This means the North London side will have to significantly increase their offer if they are to have a chance of landing Dybala.

After guiding the club to a first Champions League final last term, boss Mauricio Pochettino has so far signed Tanguy Ndombele from Lyon for a club-record fee and Leeds United’s Jack Clarke, who has returned to Elland Road on a season-long loan.