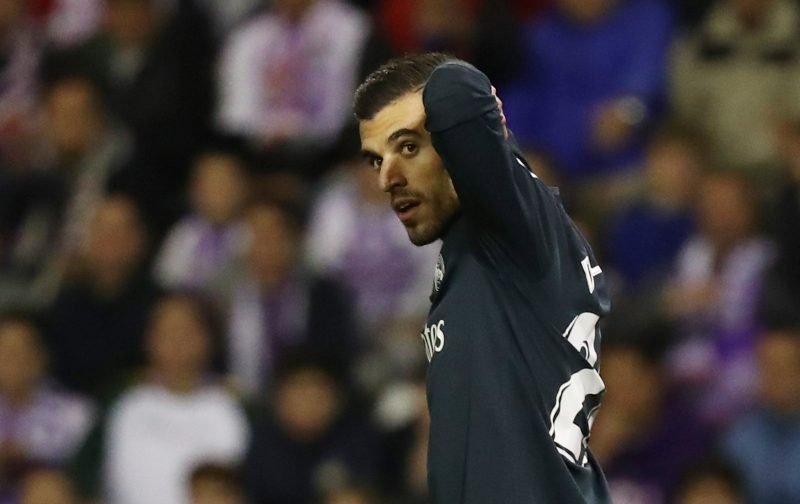 Tottenham Hotspur have opened talks with Real Madrid over the signing of Dani Ceballos, according to reports.

The 22-year-old seems surplus to requirements at the Bernabeu, where he made just 16 starts in all competitions last term.

Now Sky Sports report that the former Real Betis star, who impressed as Spain won the Under-21 European Championship this summer, could be given the chance to kick-start his career again in the Premier League.

It’s claimed that Spurs are discussing the possibility of signing the playmaker on a short-term deal due to Ceballos’ high release clause.

Mauricio Pochettino is looking to strengthen his squad after reaching the Champions League final and he’s already signed Tanguy Ndombele for a club-record fee, plus secured Leeds United starlet Jack Clarke who’s returned to Elland Road on loan for the season.

However, it’s thought that any move for Ceballos will depend on whether Christian Eriksen stays at the North London club.

The Dane has been heavily linked with a move away, with both Real Madrid and Juventus said to be monitoring the 27-year-old’s situation.