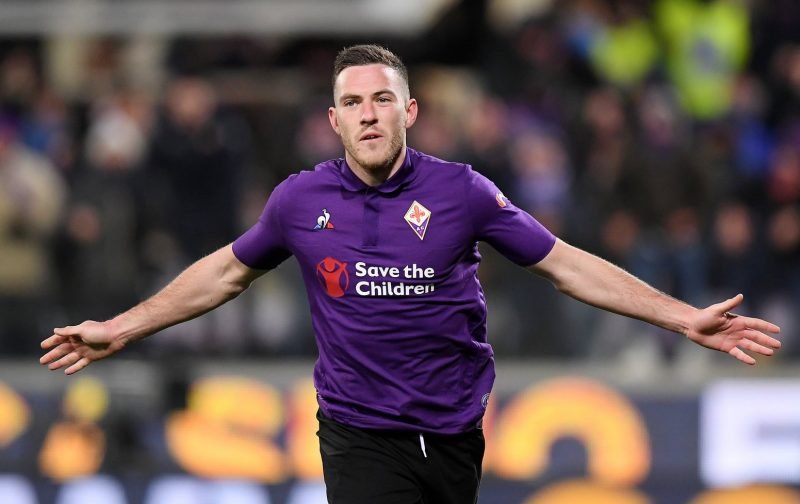 Arsenal are keen on signing Fiorentina playmaker Jordan Veretout, according to reports.

Unai Emery is looking to add to his squad after falling short in qualifying for the Champions League in his first season in charge.

The Gunners finished one-point behind rivals Tottenham Hotspur in the race for a top-four finish before losing the Europa League final 4-1 to Chelsea.

One are of the squad the Spaniard is aiming to bolster is midfield with Aaron Ramsey leaving the Emirates for Juventus this summer.

And French outlet L’Equipe report that Arsenal will contact Fiorentina over the possible signing of Veretout.

The 26-year-old has reignited his career with 15 goals in 75 matches since joining the Serie A side in 2017 following a difficult spell with Aston Villa.

Napoli were thought to be close to signing the Frenchman, whose contract runs until 2021, but with a deal yet to be complete it seems the Gunners have a chance to secure the box-to-box midfielder.

However, as well as facing competition from the Naples club, it is reported that AS Roma and Sevilla have also been tracking Veretout.