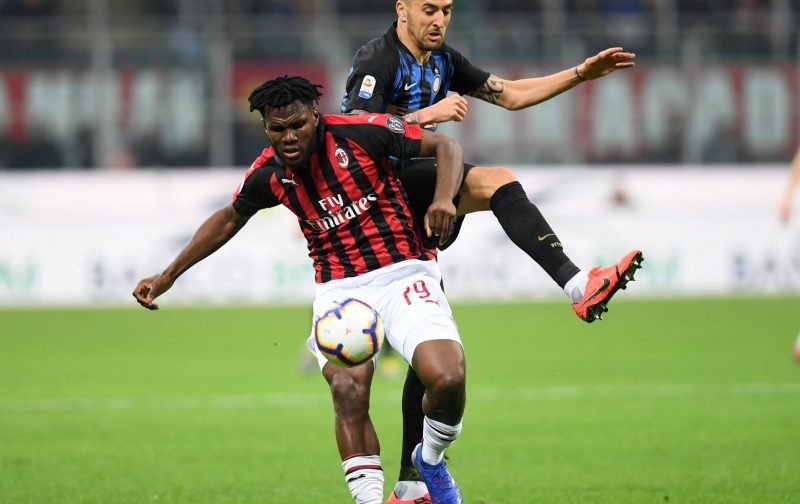 Arsenal are keen to bring in Franck Kessie from AC Milan, according to reports.

Kessie played 41 times for the San Siro outfit throughout the 2018/19 season in which the club narrowly missed out on a top-four finish and Champions League football next term.

And The Sun report that their 22-year-old midfielder is being monitored by Arsenal, who are interested in bringing the Ivorian to the Emirates.

Unai Emery is aiming to straighten his squad after they also missed out on Champions League qualification via the Premier and Europa League.

After failing to secure a place in Europe’s top club competition it’s claimed that the Spaniard is working on a transfer budget of just £40million.

Kessie only secured a £24million permanent switch to Milan this summer following a two-year loan from Atalanta.

However, the iconic Italian club have been warned over Financial Fair Play (FFP), meaning they will have to consider offers for their key players.

And it’s thought that Milan could sell the player they’ve just purchased if they are offered £30million.