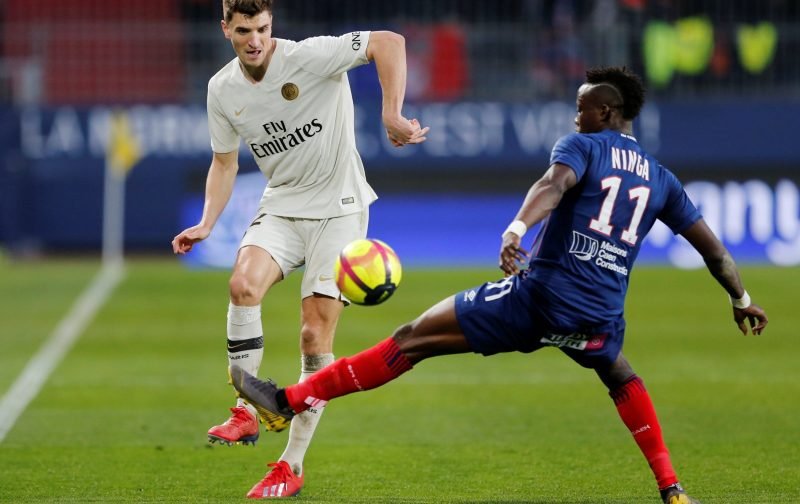 Arsenal are keen to sign Paris Saint-Germain right-back Thomas Meunier, according to reports.

Gunners boss Unai Emery will aim to boost his squad this summer after failing to finish in the top-four and losing the Europa League final against Chelsea.

And France Football report that the Spanish chief is interested in adding the PSG defender to a backline which has struggled on numerous occasions throughout his first season at the helm.

Meunier, 27, made 31 appearances in all competitions for the French champions this season and 99 overall since his switch from Club Brugge in 2016.

But with boss Thomas Tuchel seemingly preferring both Thilo Kehrer and Colin Dagba in recent months, it’s claimed the Ligue 1 champions will be willing to accept £26 million for the Belgium international.

However, the North London club could face competition for Meunier with Manchester United also linked with the player.