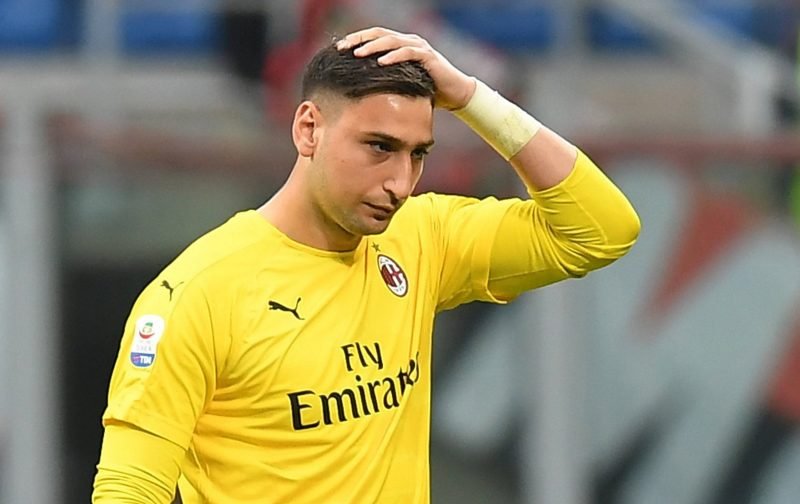 Arsenal are interested in signing Gianluigi Donnarumma in order to ease their goalkeeping issues, according to TUTTOmercatoWEB.

The Gunners currently have German Bernd Leno between the sticks but it’s claimed that the club have concerns despite signing from Bayer Leverkusen just last summer.

This has led boss Unai Emery to turn his attentions to the 20-year-old AC Milan starlet who stands at 6ft 5in.

The report suggests that the Italian giants will be asking for a fee close to that which Liverpool paid for Alisson Becker last summer – a mammoth £61.7million.

Despite this, it’s thought that Milan need to comply with Financial Fair Play and therefore may have to negotiate on their asking price.

The Italy international would provide direct competition to Leno doe the number one spot with Petr Cech to retire after Wednesday’s Europa League final.

Emery is looking to continue his squad re-build since taking over from Arsene Wenger last summer after his side missed out on a top-four finish by a point in his first term at the helm.