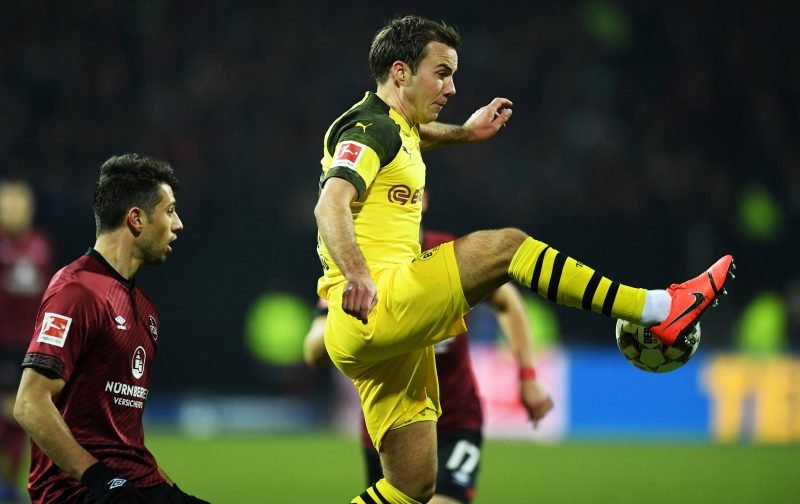 Arsenal are tracking Borussia Dortmund star Mario Gotze, according to reports in Germany.

The 26-year-old is having the most productive of his three seasons since returning for a second spell with the club, registering seven goals and assists in all competitions.

However, German outlet Bild report that the Germany international is weighing up his future with his contract up at Westfalenstadion next summer.

It’s claimed that the playmaker’s situation has caught the attention of Arsenal who are looking to bolster their ranks.

Boss Unai Emery is looking at all areas of his squad but knows he will need a midfielder with Aaron Ramsey leaving for Juventus.

And with the Dortmund player’s big-game experience, the North London club could make a swoop for the ex-Bayern Munich man.

However, any potential switch to the Emirates could depend on what happens in Arsenal’s Europa League final against Chelsea on Wednesday.

Gotze scored Germany’s winning goal in the 2014 World Cup final against Argentina but, before this season, has found consistency hard to come by.