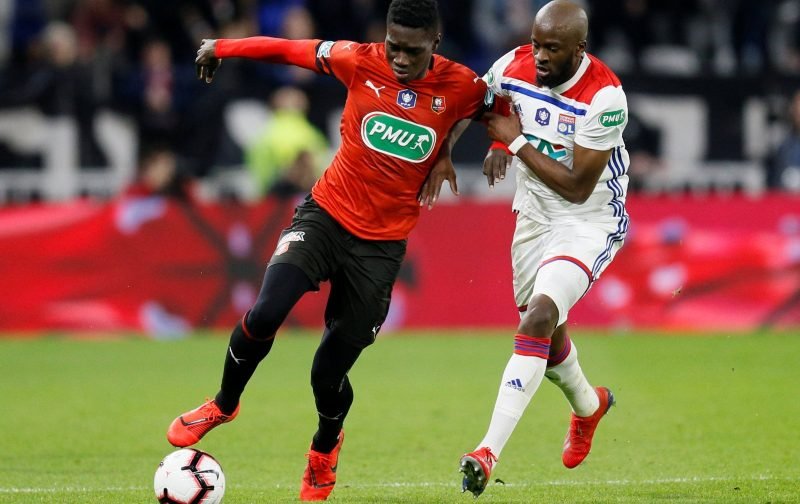 Arsenal will have to pay Stade Rennais £44million for their young star Ismaila Sarr, according to French outlet, Le 10 Sport.

The Gunners could splash out on the winger despite boss Unai Emery reportedly having limited funds to recruit players in this transfer window.

Emery has been linked with Sarr for several months but it’s claimed that’ he is being eyed up by a number of other top European teams, including Roma and Inter Milan.

The North London club could also face competition from other English clubs with Watford and Everton are also thought to be interested.

In two seasons with Stade Rennais, the Senegal international has made 77 appearances in all competitions, chipping in with 18 goals and 16 assists.

The 21-year-old has played a big role in Les Rouges et Noirs’ Europa League campaign this season before being eliminated by Arsenal at the last-16 stage.

Since making his international debut in January 2017, Sarr has appeared 21 times for Senegal and started all three games in the 2018 World Cup.