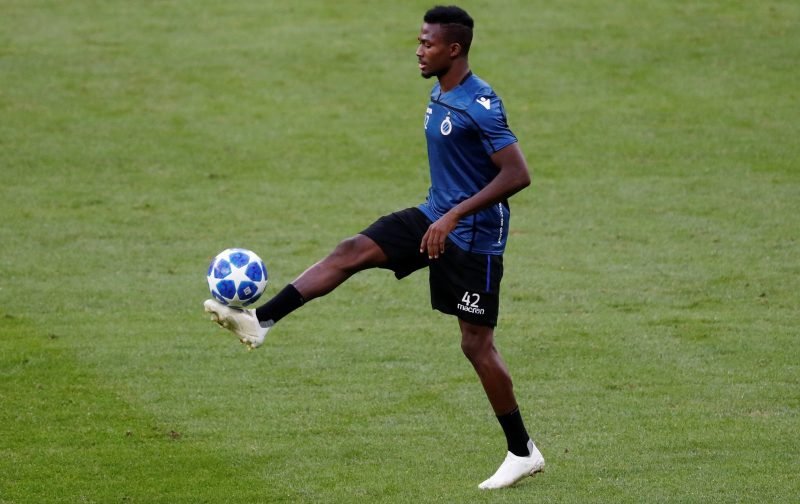 Arsenal have offered £12million to Club Brugge for their star Emmanuel Dennis, according to reports.

The 21-year-old scored seven times in 32 appearances throughout the 2018/19 season as Brugge finished second in the Belgian top-flight.

And Turkish outlet Fanatik report that the Gunners have been so impressed with the striker’s performances that they have submitted an offer for his services.

Unai Emery is trying to bolster his squad after his side missed out on qualification for next season’s Champions League.

The North London side finished fifth in the Premier League and were beaten 4-1 in the Europa League final by Chelsea.

One area the Spanish boss is looking to improve is his forward line following Danny Welbeck’s release, with Dennis the player being lined up to fill the space left by England international’s exit.

The Nigerian signed for Brugge from Ukrainian side FC Zorya Luhansk in 2017 and made three appearances in last season’s Champions League for his current club.